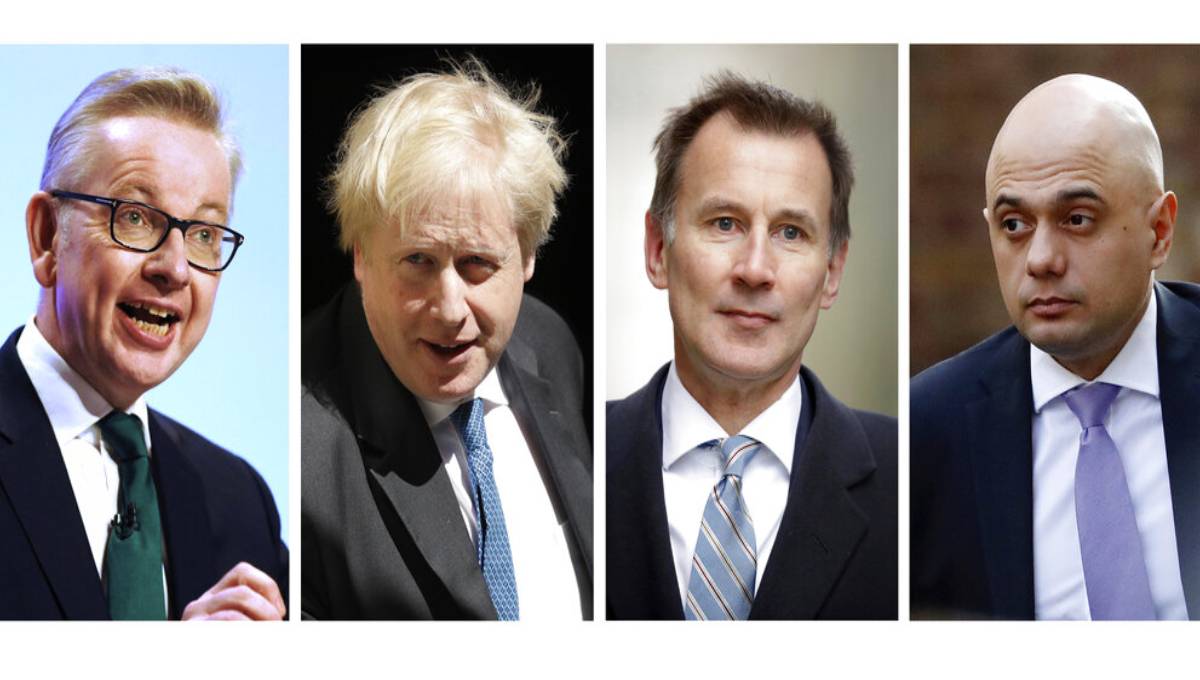 London, Jun 20 : Britain’s governing Conservatives were set to pick two candidates Thursday who will square off to become the country’s next prime minister.

Johnson has a commanding lead after three rounds of voting that cut the list from an initial 10 contenders. The three others are battling to join him in a runoff to be decided by 160,000 Conservative Party members nationwide.

All the candidates are vowing to lead Britain out of the European Union, a challenge that defeated outgoing Prime Minister Theresa May. She quit as Conservative leader earlier this month after failing to win Parliament’s backing for her Brexit deal.

The winner of the contest, due to be announced the week of July 22, will become Conservative leader and prime minister.

Many in the party doubt that anyone can beat Johnson, a quick-witted, Latin-spouting extrovert admired for his ability to connect with voters, but mistrusted for his erratic performance, and record of inaccurate and sometimes offensive comments.

Hunt is considered an experienced and competent minister, but unexciting. Gove is the sharpest performer and could come out best in head-to-head debates with Johnson, his longstanding frenemy. The two men led the “leave” campaign Britain’s 2016 EU membership referendum, but later fell out.

Javid, the son of Pakistani immigrants, says he offers a common-man alternative to private school-educated rivals like Johnson and Hunt, although he was a highly paid investment banker before entering politics.

Brexit, originally scheduled to take place on March 29, has been postponed twice amid political deadlock in London. The candidates differ on how they plan to end the impasse.

Johnson has won backing from the party’s die-hard Brexiteers by insisting the U.K. must leave the bloc on the rescheduled date of Oct. 31, with or without a divorce deal to smooth the way.

Javid, like Johnson, says he would try to leave the EU without an agreement rather than delay Brexit beyond Oct. 31. Gove and Hunt both say they would seek another postponement if needed to secure a deal, but only for a short time.

Critics say none of the candidates’ plans is realistic.

The EU is adamant that it won’t reopen the Brexit agreement it struck with May’s government, which has been rejected three times by Britain’s Parliament. Many economists and businesses warn that leaving without a deal on divorce terms and future relations would cause economic turmoil as tariffs and other disruptions are imposed on trade between Britain and the EU.