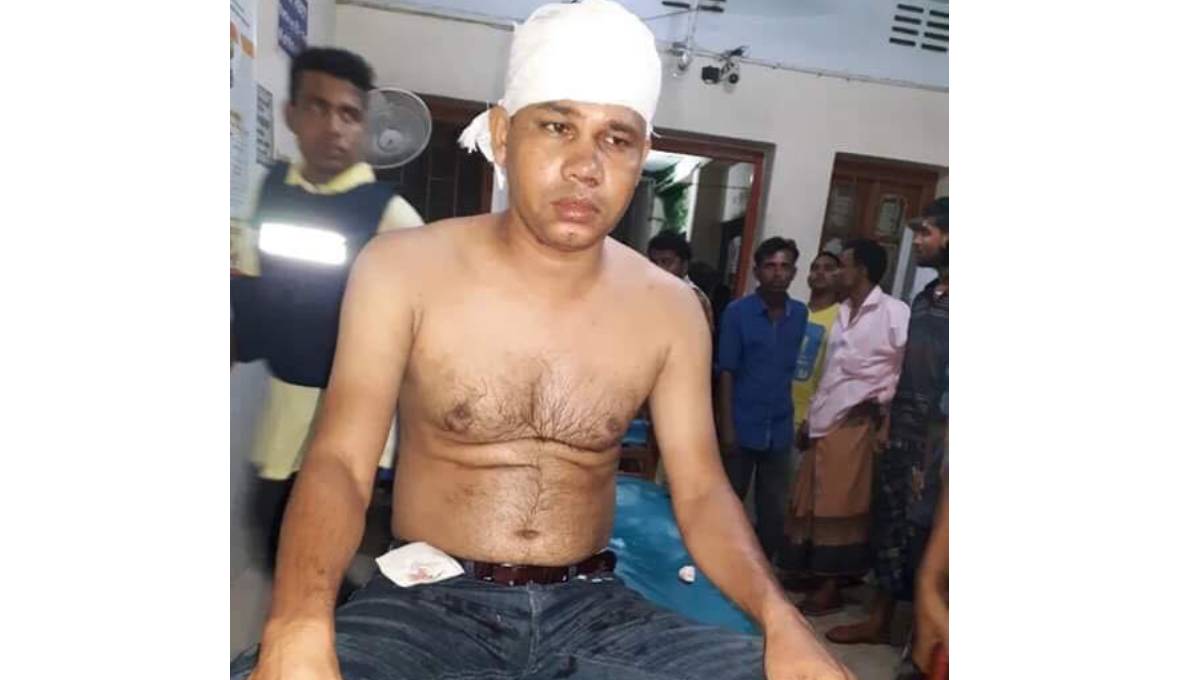 Habiganj Correspondent : OC and SI of Nabiganj police station have been injured after getting attacked by a listed criminal and former leader of upazila Chhatra League.

OC (investigation) Uttam Kumar and SI Fakhruzzaman of Nabiganj police station were injured seriously by sharp weapon of the accused when they went to Nabiganj municipal area to arrest Shah Sohan Ahmed Musa, a listed criminal and former Vice-president of Upazila Chhatra League.

Police and the locals informed that police conducted drive at the shop of listed terrorist and absconding accused of several cases Musa near BRAC office at Salamatpur area of Nabiganj town after evening on Thursday. At this time when the policemen wanted to arrest Musa, he brought a sharp heaver from his shop and started chopping the police officials indiscriminately injuring them critically and then fled the scene immediately.

Iqbal Hossain, OC of Nabiganj police station, informed that Musa is a listed criminal and a yaba trader. Police carried out drive at his shop as there was arrest warrant against him.

Police drive is going on to nab Musa.