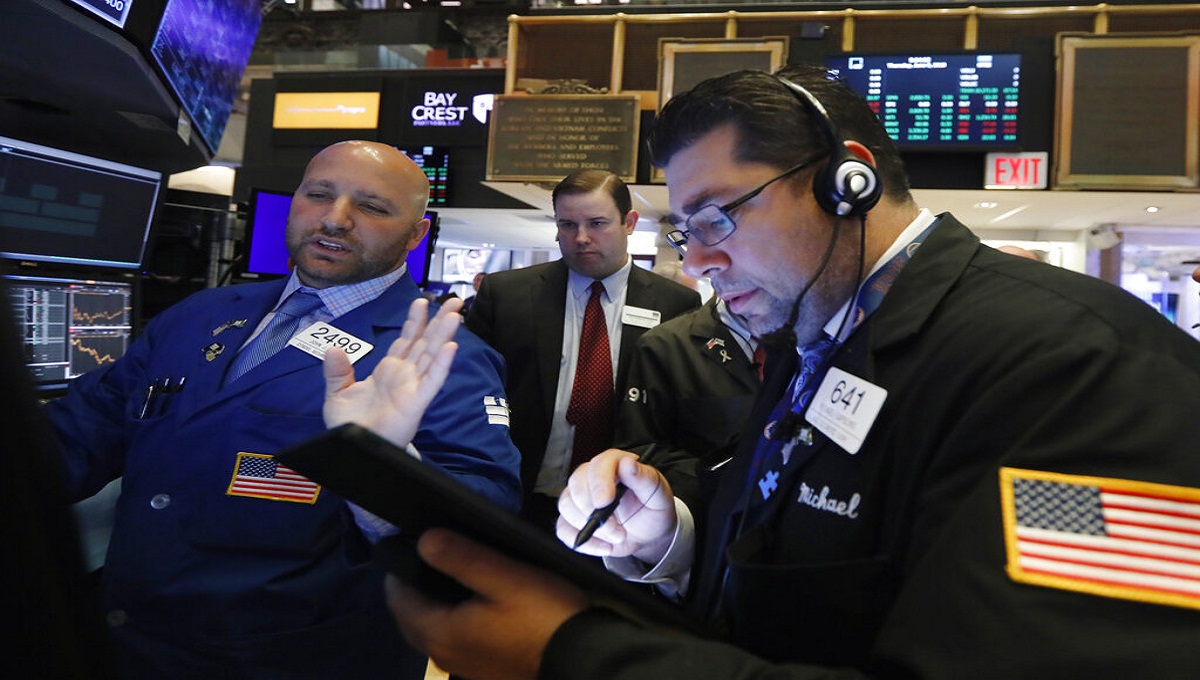 Photo : In this June 6, 2019, file photo specialist John Parisi, left, works with traders on the floor of the New York Stock Exchange. The U.S. stock market opens at 9:30 a.m. EDT on Thursday, June 13.

Tokyo, June 14 : Asian shares were mixed Friday as investors weighed a variety of factors, including suspected attacks on two oil tankers in the strategic Strait of Hormuz and lingering worries about trade conflict between the U.S. and China.

Gains in energy and internet companies helped drive stocks broadly higher on Wall Street overnight, snapping a two-day losing streak for the market in an otherwise choppy week of trading.

Investors have been searching for direction as they cautiously await any new developments on the global trade war between the U.S. and China. Any continued escalations could crimp global economic growth and halt what is poised to be the longest economic expansion in U.S. history.

The market is also looking ahead to next week’s meeting of policyholders of the U.S. Federal Reserve. Last week, Fed Chair Jerome Powell set off a market rally after he signaled that the central bank is willing to cut interest rates to help stabilize the economy if the trade war between Washington and Beijing starts to crimp growth.

The S&P 500 index rose 11.80 points, or 0.4%, to 2,891.64. The benchmark index has been seesawing this week, opening strong on Monday, and then falling for two straight days before reversing course again on Thursday. The uneven week follows the index’s best week of 2019.

The suspected attacks in the Strait of Hormuz come amid heightened tensions between the United States and Iran. One third of all oil traded by sea, which amounts to 20% of oil traded worldwide, passes through the strait. The U.S. blamed Iran in what it called a campaign of “escalating tensions” in a region crucial to global energy supplies.

Economists Nicholas Mapa and Prakash Sakpal said in their report for ING that the market tone for the day was “wait and watch.”

“Setting the mixed tone for markets today, escalation of geopolitical tensions in the Gulf region counters the positive investor sentiment from rising expectations of the U.S. Fed easing,” the report said.

At least 57 children have died due to Encephalitis: Bihar Health Minister