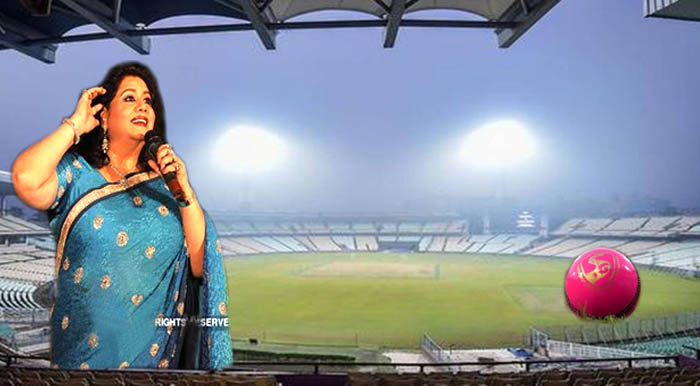 Although it is not a mega event like the World Cup or any other regional tournament, the Board of Control for Cricket in India made every possible arrangement to make the match memorable.
There may have no formal opening or concluding the ceremony, but there will have a musical show where legendary singer Runa Laila will mesmerize the audience with her songs.

BCCI president Sourav Ganguly at a press conference in Kolkata on Wednesday revealed that the audience will have the opportunity to enjoy the melodious voice of one of the best-known singers in South Asia.Indian music director, singer and composer Jeet Ganguly will also perform at the Eden Gardens, BCCI boss Ganguly told the media.

The first day of the Kolkata Test will start with Para-trooping by the Indian Army who will land at the match venue to hand over the balls to Prime Minister Sheikh Hasina, Chief Minister of West Bengal Mamata Banerjee and the captains of both the teams, he said.

The first-ever pink-ball test of the subcontinent will take place in Kolkata on Friday between the two neighbouring countries.

UP member, two others held over torturing youth in Sylhet