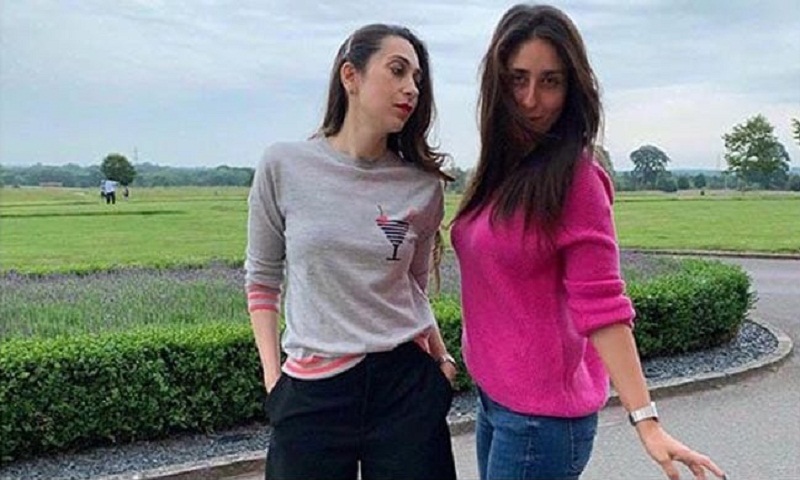 Karisma Kapoor turned a year older on Tuesday and the actress celebrated her 45th birthday with her sister Kareena Kapoor in London.
The Biwi No. 1 actress made the day by sharing a stylish yet adorable post of herself and Kareena on her Instagram diaries.In the photo, Karisma can be seen wearing a cute grey-coloured sweater and black culottes. She styled it with black stilettoes. On the other hand, Kareena looked stunning as usual in her pink sweater, denims and brown shoes .

The Kapoor sisters are “chilling” in London for a last few days and a glimpse of their quality time can be seen in one of Karisma’s Instagram stories, which also features her mom Babita Shivdasani but more on that later.”

In a separate post on Monday, Karisma shared a picture with Kareena and going by the post, it seems that the sisters were having a gala time at a club named Annabel’s in London. Karisma and Kareena can be seen twinning in all-black outfits in the photo, which the former captioned: “Twinning once again #balmain #black #sisters #aboutlastnight.”