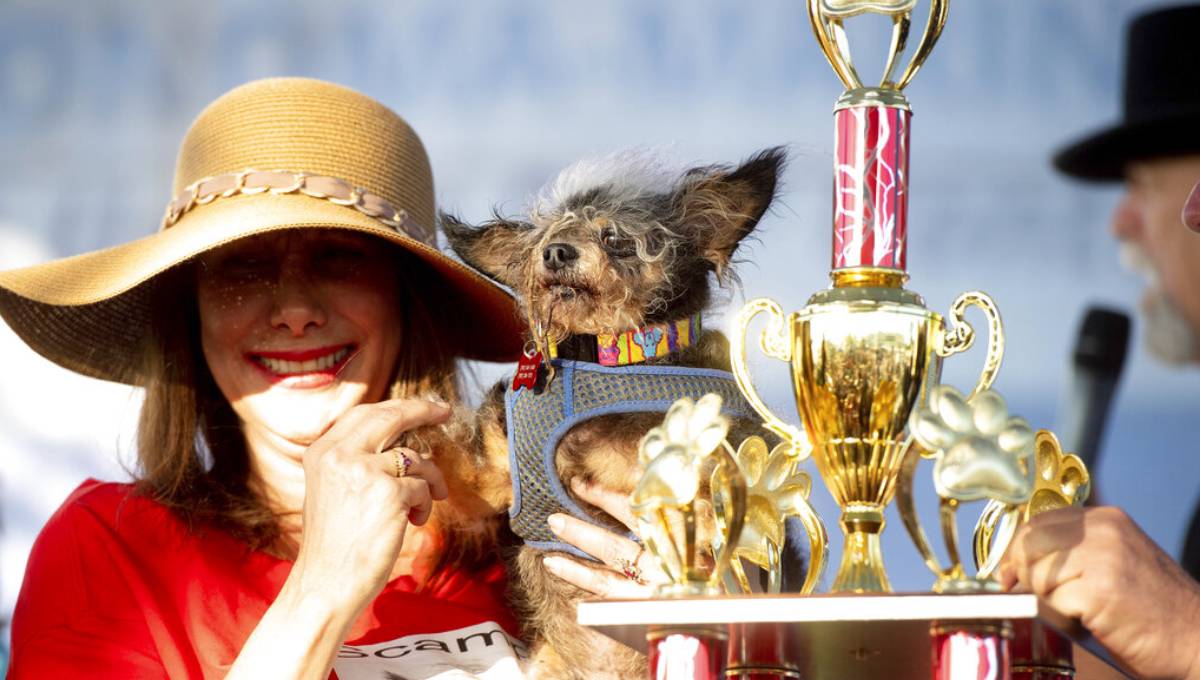 Photo : Scamp the Tramp is held by Darlene Wright after winning the World’s Ugliest Dog Contest at the Sonoma-Marin Fair in Petaluma, Calif., on Friday, June 21, 2019.

New York, June 22 : Scamp the Tramp’s looks have made him a winner — but it wasn’t a beauty contest.

Owner Yvonne Morones of Santa Rosa won an appearance with Scamp on the “Today” show, $1,500 in cash, another $1,500 to donate to an animal shelter — and bragging rights.

Scamp, an adopted street dog, beat out 18 other contestants who showed off their droopy tongues, bowed legs and other strange attributes.

Organizers say the contest isn’t just skin-deep. It’s also about bringing attention to the needs of rescue dogs. Most competitors were previously abandoned or rescued from kill shelters in the U.S.

Things are starting to get ugly in the picturesque California town of Petaluma.

Indeed, the place will go to the dogs when the winner of what’s being billed as the World’s Ugliest Dog Contest is announced Friday night.

Most competitors were previously abandoned or rescued from kill shelters in the U.S.

First they’ll walk the red carpet and preen for adoring fans at Sonoma-Marin Fairgrounds in the heart of Northern California wine country.

The winner gets $1,500, a trophy the size of a Rottweiler, and a future appearance on the “Today” show.

Publicist Cindy Gentry says the competition is about bringing attention to the needs of rescue dogs.

Can you really have a plastic-free kitchen?