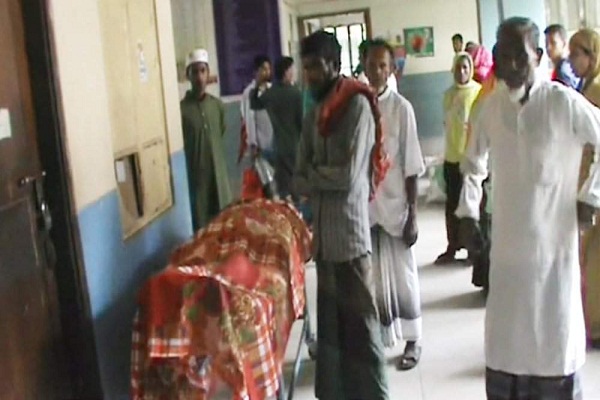 The deceased was identified as Shahjahan Mia, 35, a resident of Khatura village.

The deceased’s elder brother Akter Mia told Banglanews that there was longstanding rivalry between Shahjahan and a resident of the village Sabuj Mia over land dispute.

Following the dispute, the rivals hacked Shahjahan indiscriminately at noon.