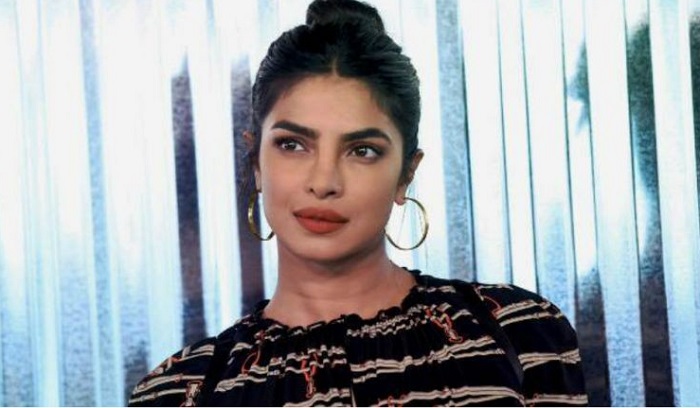 Former Miss World and renowned actress of Bollywood and Hollywood Priyanka Chopra revealed her ambition of running for the future Prime Minister of India and her husband Nick to run for president.
The 36-year-old Miss World 2000, talked about her desire and her marriage with singer Nick Jonas, in a candid interview with the weekend edition of The Times UK, reported Daily Mail.

“I would love to run for prime minister of India. I would love Nick to run for president. I don’t like the things associated with politics… but I know that both of us really want to make a change. Never say never,” Priyanka said.Priyanka Chopra also talked about her connection with the Duchess of Sussex Meghan Markle.

Meghan and Priyanka became pals at an ELLE Women in Television event back in January 2016, and have remained close ever since.

She claimed Meghan has been subject to racism ever since she garnered worldwide recognition for her relationship with husband Prince Harry.

“I’ve seen that and it’s really unfortunate. But if there’s anyone who can handle it, it’s her. Of course, it has to do with racism, it’s an obvious reason. But the beauty of Meg is that she’s been herself through all of this. A lot of people got to know her after everything, but I knew her before and she’s the same chick,” Priyanka added.

However earlier this year, rumours were rife that the friendship between the two has turned into a feud as Priyanka failed to attend Meghan’s baby shower. But UNICEF Goodwill Ambassador rubbished the claims insisting it was simply ‘not true’.