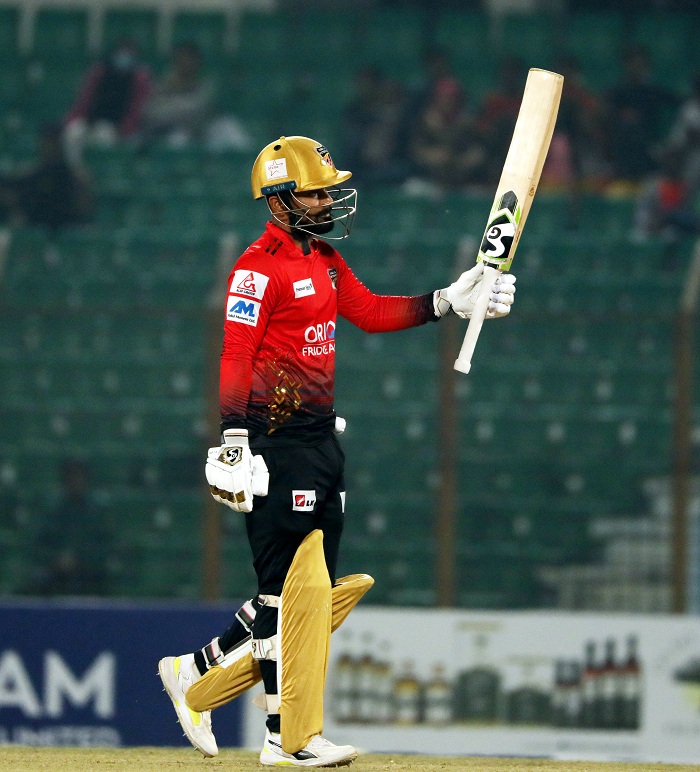 Liton Das smashed an impressive 70 off a mere 42 deliveries, leading the Comilla Victorians to an emphatic five-wicket victory over the Sylhet Strikers, who suffered their first loss in the ongoing Bangladesh Premier League (BPL) after winning five matches on the trot.

Comilla won the toss and elected to bowl first, restricting Strikers to a moderate total of 133 runs off of 20 overs, losing seven wickets in the process, reports UNB.

Imad Wasim and Thisara Perera put together an impressive 80-run partnership for the eighth wicket after the Strikers had lost seven wickets for just 53 runs inside 10 overs.

In response, Liton and Mohammad Rizwan put together a solid 57-run opening stand in pursuit of a below-par target. Rizwan fell for 15, but Liton remained steadfast and shepherded the team to a safe position.

Liton was outfoxed by Sylhet captain Mashrafe Bin Mortaza when Comilla were just 23 runs away from victory.

Despite the Strikers’ efforts, Comilla achieved their goal with five wickets to spare, resulting in the Strikers’ first loss of the season.

Messi hits winner as PSG come from behind to beat Toulouse