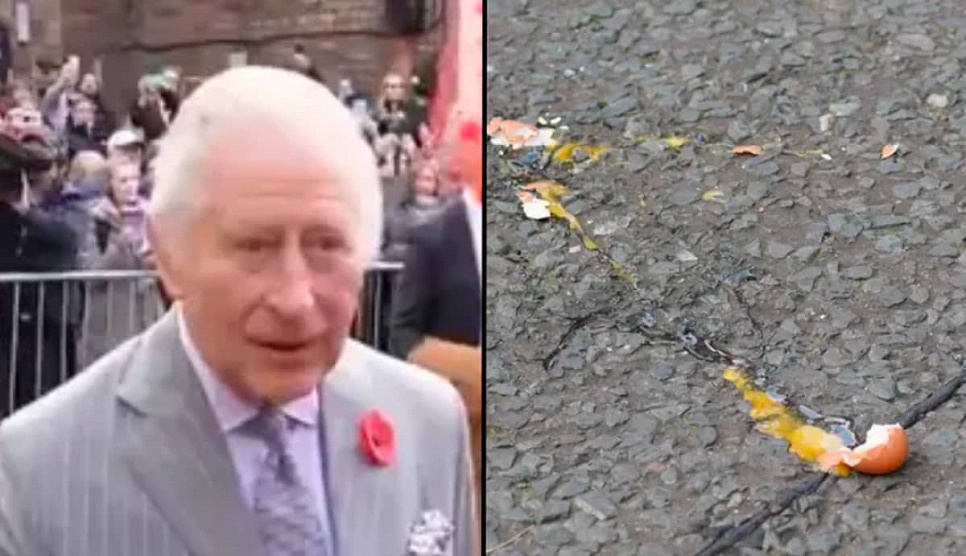 A British university student, who was arrested for throwing eggs at King Charles III on Thursday, said he had been banned from carrying eggs in public as part of his bail conditions.

Patrick Thelwell, 23, was released from custody after Wednesday’s incident in York, northern England, during a visit by the monarch.

North Yorkshire Police said he was arrested on suspicion of a public order offence.
None of the eggs hit Charles, 73, and he was ushered away by minders.
Police then moved in to detain a man, who was restrained and bundled into the back of a van, television images of the incident showed.

Thelwell, a York University student and environmental activist who opposes the monarchy, said he had received death threats.

He said he was released at 10:00 pm (2200 GMT) on Wednesday on condition he does not go within 500 metres of the king.
He is also not allowed to possess any eggs in public, which he claimed to have had amended so he could go grocery shopping.

People to give fitting reply to govt’s repressive acts:…