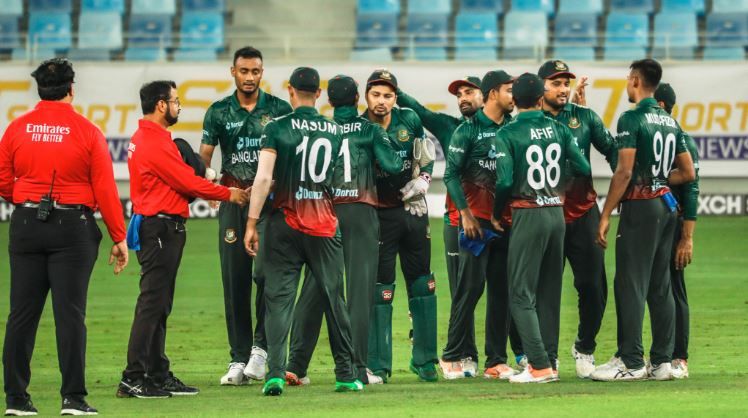 Bangladesh won the first game of the two-match T20I series against hosts UAE by seven runs Sunday night in Dubai.

Earlier, Afif Hossain smashed an unbeaten 77 off 58 balls to guide Bangladesh to 158-5 against the hosts.

The Tigers lost three wickets in the powerplay.

As the Tigers lost five wickets for 77, Afif and Nurul Hasan Sohan added 81 runs in the sixth wicket stand.

The second match of the series will be played on September 27.

After this series, the Bangladesh team will return home for a short break. Following the break, they will travel to New Zealand for a T20 tri-series that also involves Pakistan and the hosts.

Next, Bangladesh will travel to Australia to take part in the T20 World Cup.