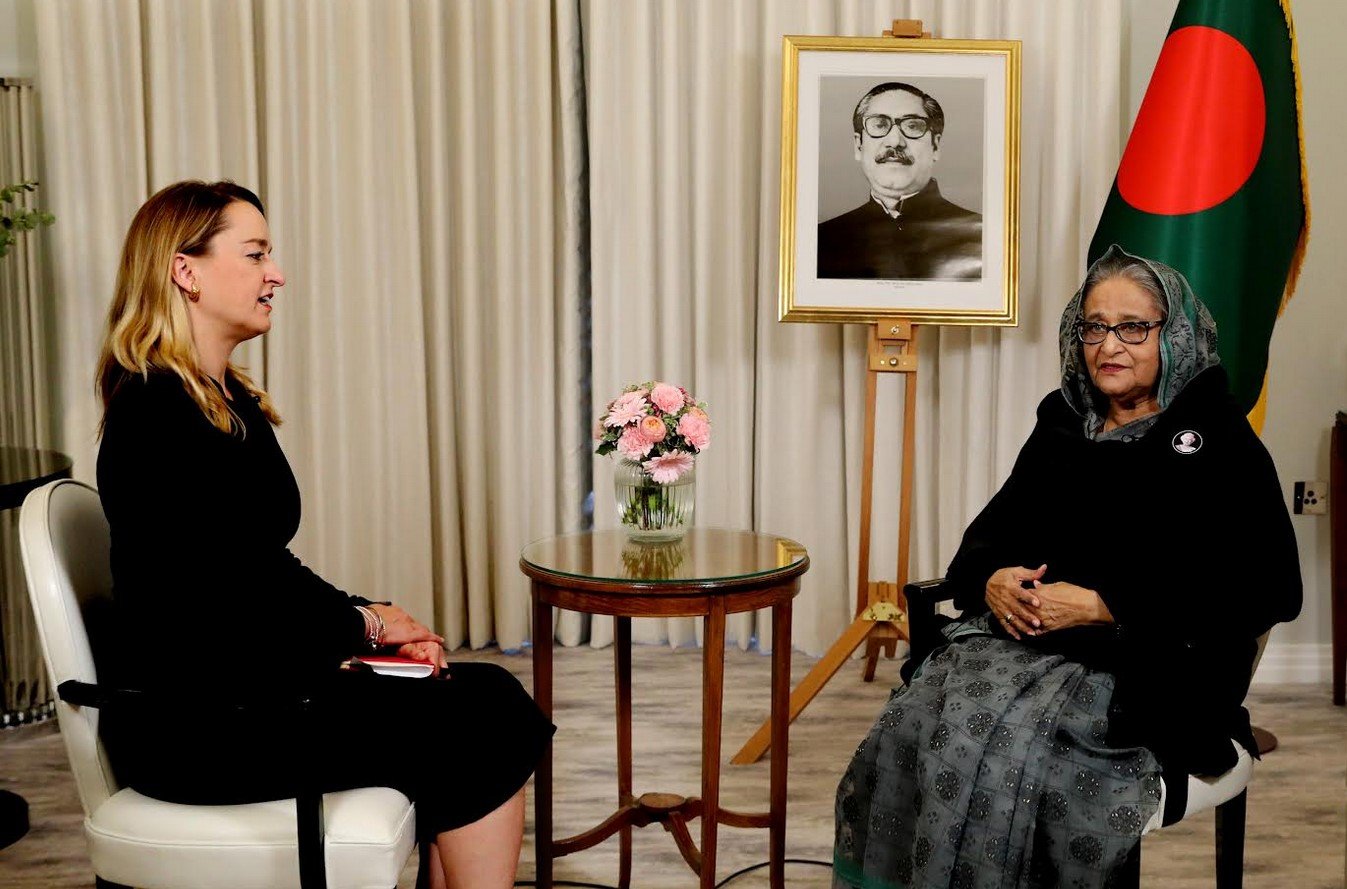 Prime Minister Sheikh Hasina in an exclusive interview with the BBC during her stay in the UK to pay respect to the late Queen Elizabeth II told that she herself struggled for establishing the democratic process and free fair election in Bangladesh and free and fair election was only held during the Awami League regime.

“Of course, it is my struggle to establish democratic system and free fair election.—only during the Awami League time you can see free fair election,” she said while replying to a question regarding her government’s commitment to make the next election be free and fair by BBC journalist Laura Kunessberg, reports BSS.

During the interview that was aired on Sunday, the Prime Minister said that many people can lodge complaints about disappearances, but you have to judge how true it is.

The Prime Minister told the BBC that her country had military rulers for a long time, directly or indirectly, overtly or covertly.

“In 1975, my father (Father of the Nation Bangabandhu Sheikh Mujibur Rahman) was assassinated. He was the then president of the country and you know that my entire family, my mother, my three brothers, two sisters in -laws, other family members, and a total of 18 members were brutally murdered” she said.

Since then for 21 years, she said the country had witnessed coups time and again, adding that there were attempts of coups for around 20 times and every time there was bloodshed. “There was no democracy, no democratic rights, so I struggled to establish democracy in my country,” she said.

About the allegations of disappearance, Sheikh Hasina said, “many people can place allegations, but how far it is true, you have to judge. Before knowing that no one should make any comment.”

The Prime Minister told the BBC that military rulers ruled the country for  long  and they formed parties and never went to the people of the country to ask to vote for them.

“They (military dictators) used the army, used the administration and used everything just to cling to power,” she said.

About launching crack downs on allegations of disappearance, the premier questioned the BBC journalist, “How many people disappear in your country as well as other countries? You can judge.  All these issues I think first you have to take into consideration , all  the information you should collect, then you can accuse.”

On how importance of Commonwealth to you and Bangladesh, she said, “Of course (it has great value), when we are together, there are many opportunities there, so it is good and important as we have one place where we can exchange our views, can adopt some ideas, or deliver some good jobs for the countries or the people. So that is why I feel it is good.”

About personal memory with Queen Elizabeth II  she said it was 1961 when she (Queen) visited then East Pakistan and she had the opportunity to see her (for the first time in person).

She said: “We are very young and went to my father’s (Bangabandhu’s) office, because we knew that she was passing through that road. So, all of us, the whole family, are eagerly  waiting in the windows with binoculars. So we can see her more (clearly).”

The premier added that when she became the prime minister, she met the queen in every Commonwealth summit.

“I attended about seven commonwealth summits. Every time I had the opportunity to talk to her,” she said, adding that she said they discussed each other for a long time as she went to attend the Olympic games in response to the invitation of the late Queen.

Recalling beautiful memories with the late queen, the Prime Minister, “She (Queen) had a wonderful memory and she used to inquire about me saying where Hasina was if she didn’t see me.”

The Prime Minister said her Majesty is a queen of the United Kingdom, no doubt about it.

“But she is a leader of the Commonwealth also. As a member of the commonwealth countries, she has a great value to us,” she said.

The Premier said the late Queen was the monarch for about 70 years, adding, “I feel for this world she was not only a queen, but also a very affectionate and motherly personality, whenever I met her, I felt that.”