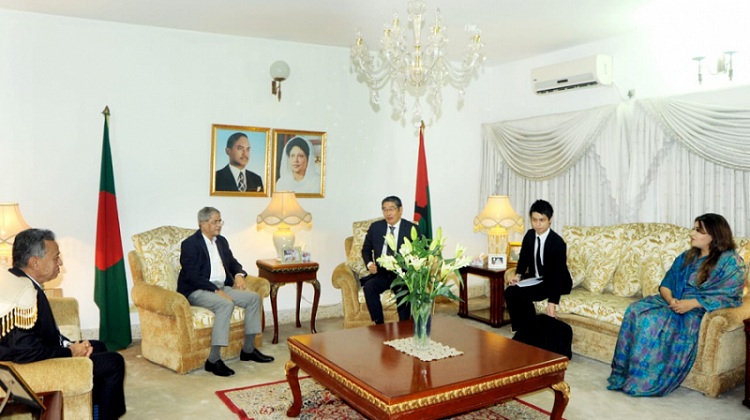 Japanese Ambassador to Bangladesh Ito Naoki met BNP Secretary General Mirza Fakhrul Islam Alamgir on Sunday, a day after attacks on some leaders of the party in Dhaka and Cumilla.

The meeting which started at 10:00am at BNP Chairperson’s Gulshan office ended around 11:30am, reports UNB.

Talking to reporters after the meeting, Amir Khasru Mahmud Chowdhury, also the convener of BNP’s foreign affairs committee, said the Bangladesh-Japan relationship is a long-standing one. “Japan is our largest bilateral donor.”

He said they discussed various issues of bilateral cooperation between the two countries alongside the latest political situation in Bangladesh.

Asked whether the recent attacks on the opposition parties in Bangladesh came up for discussion, he said, “I have already said we talked about contemporary political issues.”

Tabith, a BNP’s foreign affairs committee member, was admitted to United Hospital for treatment with a head injury.

Earlier on the day, four people including BNP Vice Chairman Barkatullah Bulu and his wife, were injured in an attack by miscreants at Monohorganj upazila in Cumilla, which he crossed on his way back to Dhaka from Noakhali.