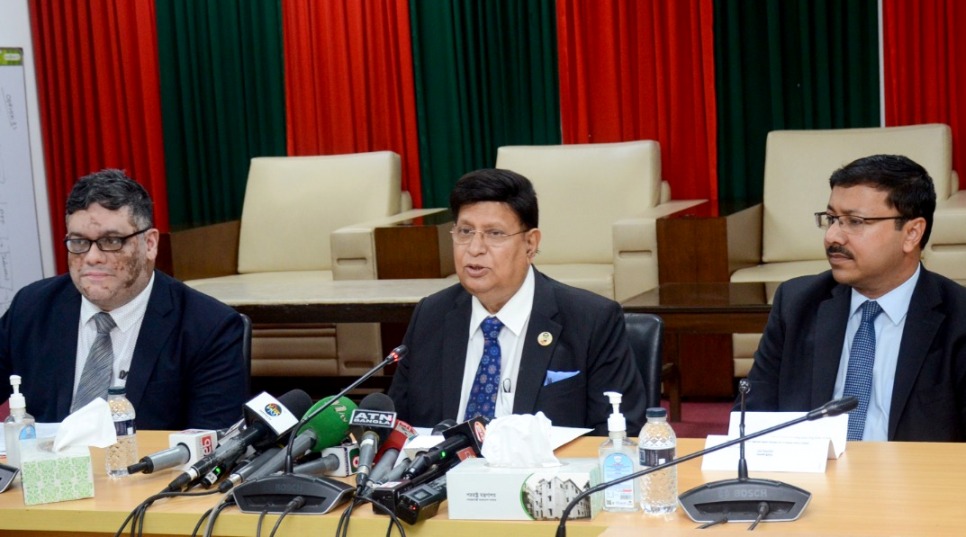 Prime Minister Sheikh Hasina will attend a high-level discussion on the sidelines of the 77th UN General Assembly in New York on September 22 apart from her other engagements at the UNGA.

There will be another programme on sustainable housing on the UNGA sidelines on September 21, Foreign Minister AK Abdul Momen told the media on Wednesday.

“We will raise the issue strongly,” he said.

Bangladesh will actively participate in all the events at the UNGA.

The theme of seventy-seventh session of the UN General Assembly is “A watershed moment: transformative solutions to interlocking challenges.”

Referring to sanctions following the situation in Ukraine, Momen said any decision should be taken in consultation with all so that people in the world do not suffer.

The Queen’s coffin will be taken in a procession to Westminster Abbey for the state funeral on September 19 which will be a Bank Holiday in the UK.

World leaders and dignitaries have been paying tribute to the Queen, who died on Thursday at the age of 96.

Hasina is scheduled to leave Dhaka for London on September 15.

She will leave for New York from London after attending the funeral.

Hasina will return home after attending the 77th UN General Assembly in New York followed by a visit to Washington DC.

Foreign Minister Momen will be accompanying the PM during her upcoming visits to London, New York and Washington.

Momen said the programmes for Washington are yet to be finalised.