Quader warns counter-attack it anyone attacks 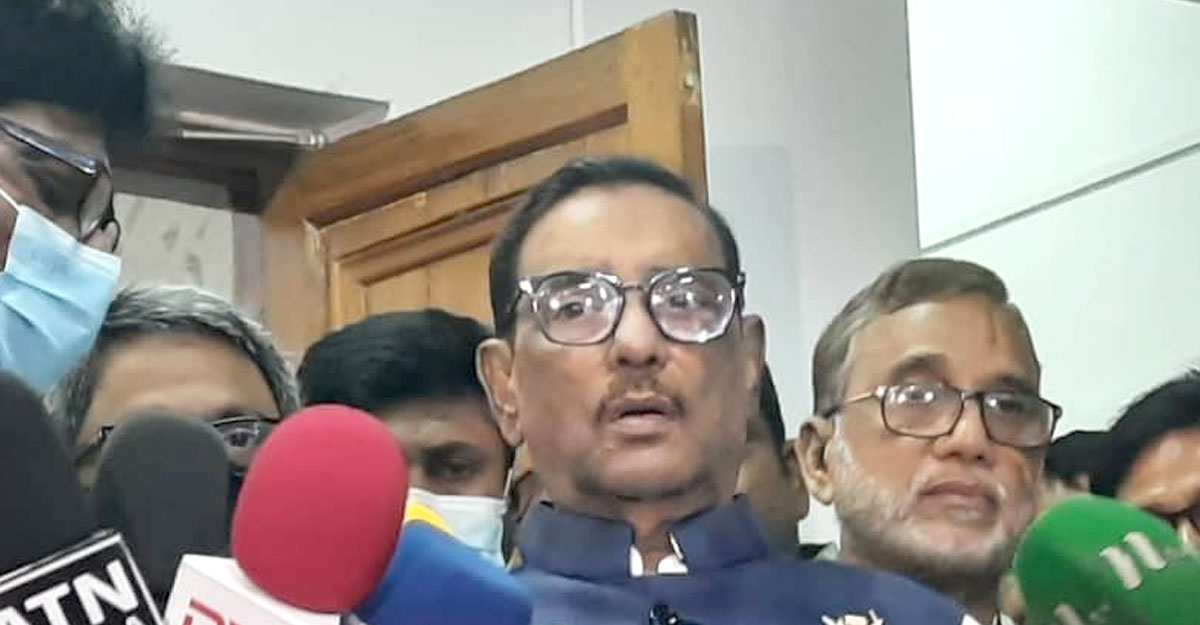 Awami League general secretary Obaidul Quader has warned that Awami League, with support of the people, would resist if there is violence in the name of the movement.

He said Awami League will never attack anyone, but if attacked, there would be counter-attack.

Quader, also the Road Transport and Bridges Minister, told reporters after joining a programme at Dhaka University on Friday.

The AL general secretary said BNP is hatching conspiracy to make the upcoming general election questionable as they know that it would not be possible to oust Sheikh Hasina-led government.

He said, “Those who are not workers of BNP now have become miscreants. There are cases against them.”

If the accused of terrorism cases are arrested by police for their crimes them what is police’s crime, Quader questioned.