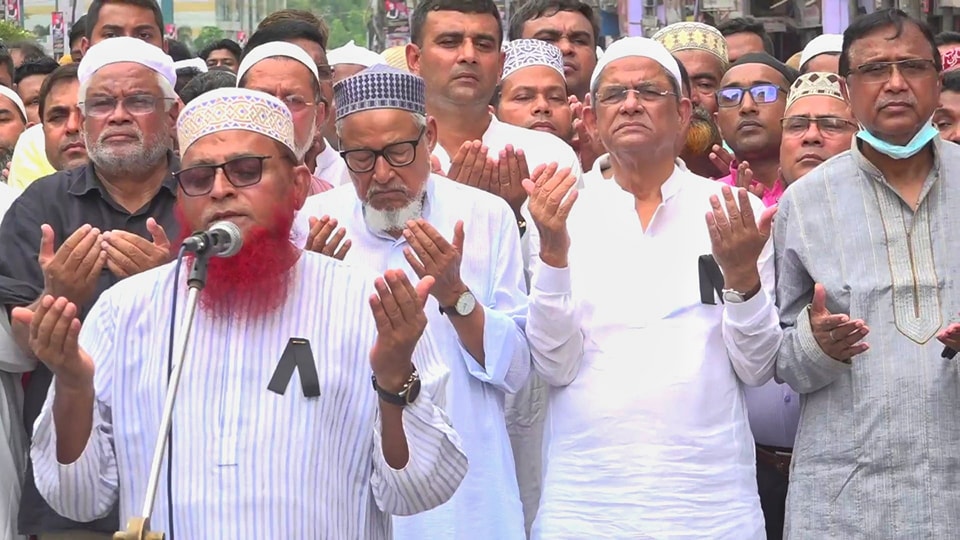 He said, “They (Awmai League) want to establish one-party rule through disappearance, murder and killings since this fascist government came to power. They want to wipe out the opposition parties. In particular, they want to eliminate BNP which is founded by Ziaur Rahman and Khaleda Zia.”

The BNP secretary general made the remarks after joining ghaibana janaza (funeral prayers in absentia) of slain Jubo Dal activist Shaon at the party’s central office at Naya Paltan in Dhaka on Friday.

“Shaon’s sacrifice will be remembered with respect. We will convert this grief into strength and would be able to defeat this government by uniting all the forces.”

The BNP secretary general said the struggle they have started for democracy, release of Khaleda Zia that would be successful by waging movement on the streets.

Police fired indiscriminately at the procession, said Mirza Fakhrul adding that “A Jubo Dal worker was martyred in the firing. We went to his house in Narayanganj in the morning and met with his mother and family members.”

Criticising the government, he further said, “It is inhumane and heartbreaking that the government has not even handed over his body to the family. His body was finally buried at 2.00 am under police security. His family members, friends and party activists were not allowed to join his namaz-e-janaza.”

Truss on brink of power as UK Tories finish voting

Quader warns counter-attack it anyone attacks