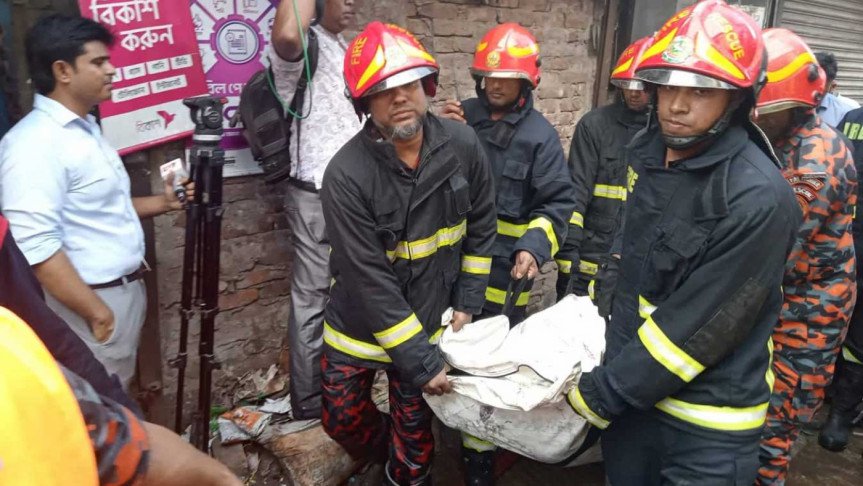 At least six people were killed in a fire that broke out at a plastic factory at Kamalbag of Chawkbazar area in Dhaka on Monday.

Details of the deceased could not be known immediately.

Fire Service deputy assistant director Shahjahan Shikder said that they recovered the bodies from the debris after the blaze was tamed.

According to sources, members of Fire Service searched inside a restaurant under the four-storey building after the fire was brought under control and recovered the bodies from there.

Earlier, the fire started in the factory around 12 noon but the origin could not be known immediately, said Anwarul Islam, Warrhouse Inspector (Media cell) of Fire Service and Civil Defence headquarters.

On information, 10 firefighting units rushed to the spot and brought the blaze under control around 2:20pm, he added.

After putting out the fire, the rescue workers were seen carrying the bodies in bags from the four-story building.

Anwarul Islam said, “We found the remains of six people inside the building.”

Chawkbazar Police Station in charge Shariful Islam said rescue operation and search in the bulding is still going on.

Details of the fire would be known after the investigation, he added.