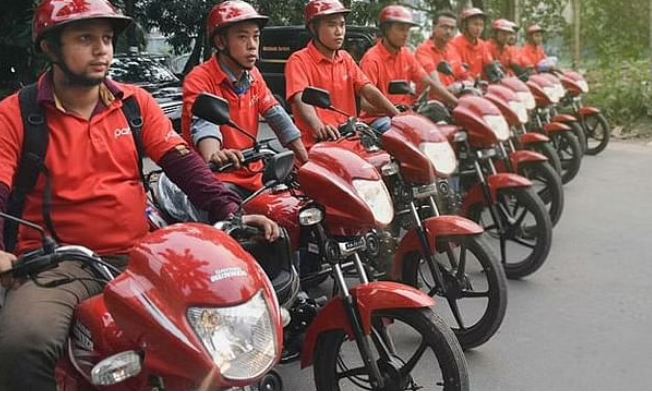 Pathao, a popular bike ride service, has raised its fares as much as 18 percent following a hike in fuel prices.

Obhai, another ride hailing service, has not raised the fares on its CNG-powered autorickshaws, but has increased the fares for car rides ‘slightly’.

Pathao operates in the city areas of Dhaka, Chattogram and Sylhet, while Obhai only provides service in Dhaka, reports bdnews24.com.

According to the new fare listing by Pathao, the price of trips in Dhaka has increased from Tk 12 to Tk 15 per kilometre. The minimum fare has also been raised from Tk 30 to Tk 50. However, the base fare remains unchanged at Tk 25, while Tk 0.50 charged for every minute of wait time and the insurance fee will also remain the same.

The fare for trips in Chattogram have gone up from Tk 10 to Tk 12.50 per kilometre. The minimum fare has been raised from Tk 30 to Tk 40.

For Sylhet, the fare has been raised from Tk 6.50 per kilometre to Tk 8.50, but the other charges have stayed the same.

Fares were raised due to the recent hike in fuel prices, said Pathao Managing Director and CEO Fahim Ahmed.

“The costs faced by our riders have gone up. We have set the new rates so that customers are assured of rider availability. I urge customers to give riders the necessary support in this matter.”

In a statement, Obhai Executive Director Rahid Chowdhury said that the fares of its autorickshaws will not rise as they run on CNG.

Earlier this month, the government raised fuel oil prices as much as 51.68 percent, citing a global price hike, but left CNG prices unchanged. Fares for passenger buses and launches have since been raised to offset the rising fuel cost.

“Fares for CNG autorickshaws will not rise. It is a great opportunity to expand our service for customers. However, the fares for cars will be increased slightly,” Chowdhury said.

He was not clear on exactly how much the price of car fare would rise.