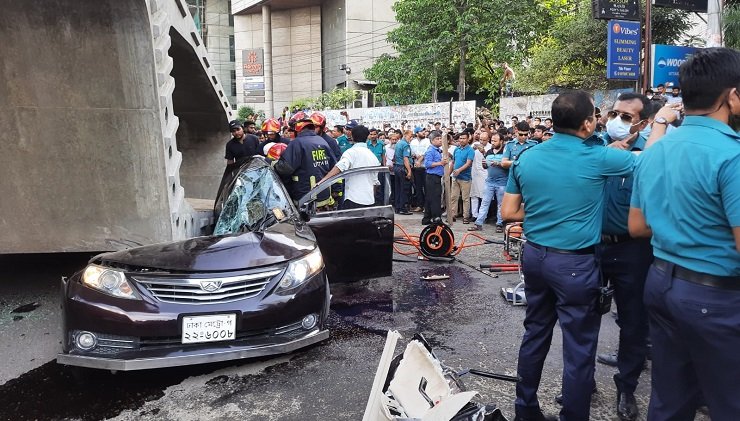 Four passengers of a private car were killed and three other injured as a girder for an under-construction flyover fell from a crane in Dhaka’s Uttara on Monday.

He further said a girder of Rapid Transit (BRT) project fell on a private car, leaving four of its passengers dead.

“Two to three others were injured in the accident. They were rescued and sent to a nearby hospital.”