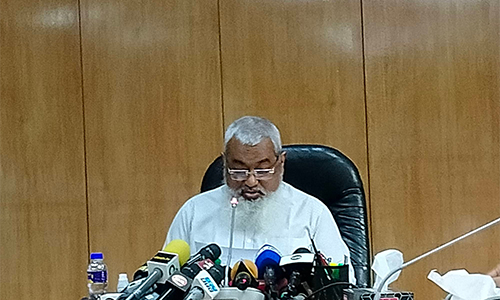 The Cabinet on Thursday approved in principle the draft of the Drugs Act, 2022 with harsher punishment for drugs related anomalies and offenses.

The approval came from the Cabinet meeting presided over by Prime Minister Sheikh Hasina who joined it through a virtual platform from her official residence Ganobhaban.

Other cabinet members were connected from the Bangladesh Secretariat.
Briefing reporters, Cabinet Secretary Khandker Anwarul Islam said the highest punishment of 10-year imprisonment, Tk 10 lakh penalty or both was kept in several sections of the draft law.

He said the proposed law was designed in light of the Drugs Act, 1940 and the Drugs (Control) Ordinance, 1982.