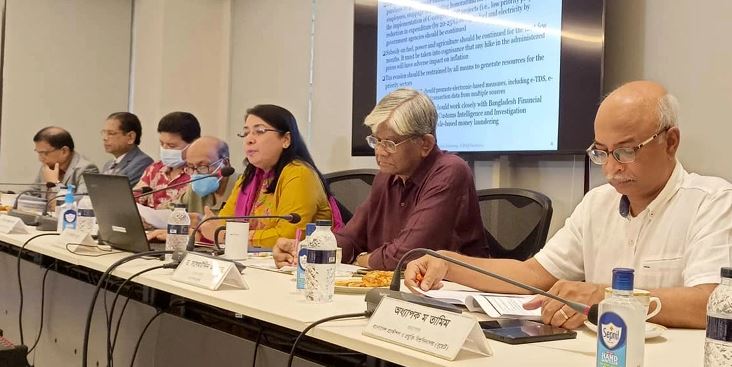 The steps taken by the government to deal with the economic challenges are not enough, said executive director of the Center for Policy Dialogue (CPD) Dr Fahmida Khatun.

She made this comment at a discussion titled ‘Recent Economic Challenge: How risky it is?’  held at its office in city’s Dhanmondi on Sunday.

The CPD executive director said the government should pay more attention to reform of institutionalization, revenue collection and loan default to deal with economic challenges.

Fahmida Khatun said that the current crisis is not short-term but medium-term. If this trend continues then the country will go towards a long-term crisis, she added.

“According to IMS, there could be an economic crisis in 2023 as well. The situation in Sri Lanka is said to be worse there.”

She said, “The crisis is not of short-term nature. It would not be easy to get rid of this crisis. Bangladesh is in medium term crisis. The current measures are inadequate. So there should be both short and medium term measures.”

The CPD executive director said the crisis can be eased if short to medium term planning is done. “Current measures taken by the government are mostly short-term in nature. At present, macro stability should be prioritized in the medium-term.”