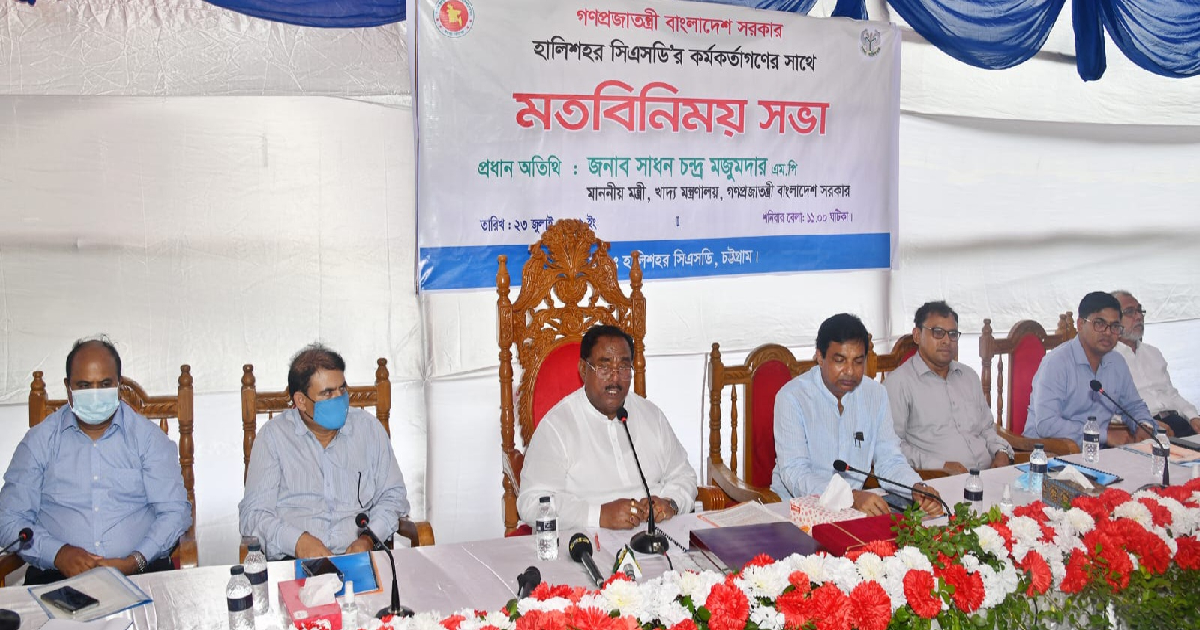 “Rice is being wasted by cutting coarse rice to turn them into fine rice and thus rice is losing nutrition. People should be careful about preventing food waste,” he said.

The Minister said these at a views exchange meeting with officers of Central Storage Depot at Chattogram’s Halishahar, UNB reports.

Sadhan said that rice import by private companies has started.“Importers will bring rice that people want. No one will be allowed to import substandard rice.”

The Minister added that those traders who didn’t provide rice to government depots even after signing agreements will be punished for at least a year.

“The government will sign agreements with the rice traders once again. Doing business will become tough for those who won’t follow the agreement,” he added.

The Minister said that his ministry has won the Jatiya Shuddhachar Puroshkar due to tireless efforts of food ministry officials. He urged them to retain the reputation by working with honesty and devotion.