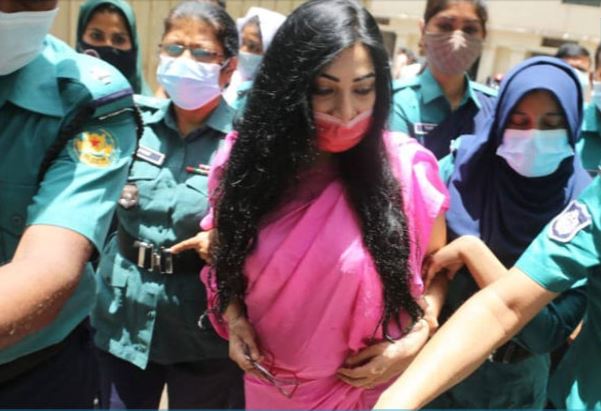 JKG Health Care Chairman Dr Sabrina Arif Chowdhury, her husband Ariful Huque Chowdhury and six others have been jailed for 11 years each in a case filed over issuing fake reports after COVID-19 test.

Ahead of the verdict, the eight others were produced before a CMM court from Kashimpur Central Jail at about 8 am.

The court also fined them Tk 11,000 each, in default of which they will have to suffer 11 months more in jail.

Earlier on May 11, the accused demanded justice claiming them innocent.

A total of 26 people, out of 40, gave their confessional statement in different times.

The case filed with Tejgaon Police Station for their alleged involvement in fraudulent practices mentioned that the accused issued fake Covid-19 reports in favour of 27,000 people in different parts of the country including Dhaka.

In the context of the complain, the JKG Healthcare was sealed off. Then a fraudulent case was filed against the accused. The court framed charges against eight accused on August 20, 2020 and started the trial process. Of the 40 witnesses, 26 submitted depositions against the accused during their trial.