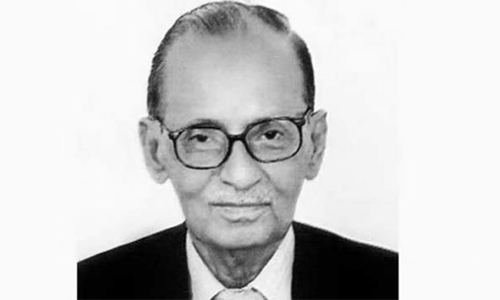 He breathed his last at Samorita Hospital in the capital at around 12:05 am on Friday.

Chief Justice Hasan Foez Siddique has expressed deep grief over the death of the former judge of the Appellate Division. He prayed for the eternal peace of the departed soul and expressed deepest condolences to the bereaved family.

Ebadul Haque was Born in Feni in 1936. He was a student of Dhaka University.

He played a pivotal role in the Language Movement in 1952. He was later the convener of Feni Bhasha Sangram Council in 1954-55.

Ebadul was awarded the Ekushey Padak in 2016. His wife Professor Sharifa Khatun also won the medal in 2017. His daughter Kazi Zinat Hoque is a judge of the High Court Division.