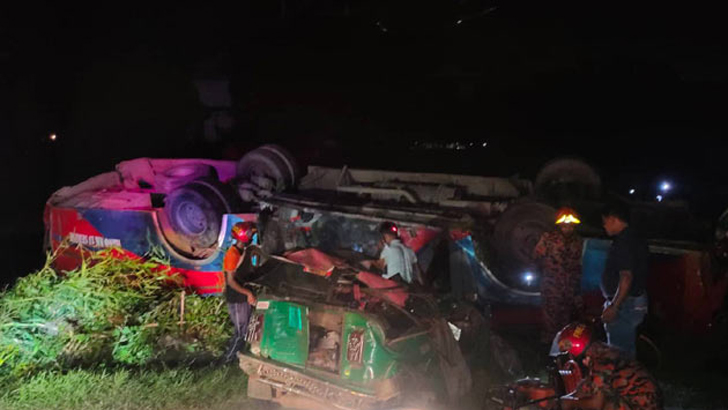 Six people were killed and seven others injured after a bus rammed a CNG-run auto-rickshaw at Patiya upazila in Chattogram district on Monday night.

The identity of the deceased could not be known immediately.

Another person died on the way to Chattogram Medical College Hospital, he added.

The other injured were admitted at the hospital, Rashedul further added.