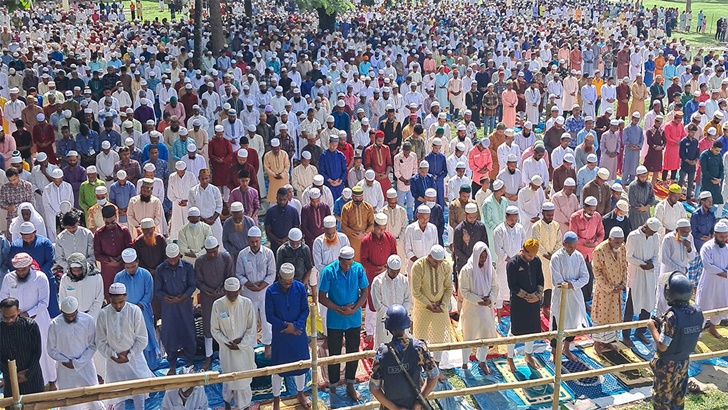 One of the country’s largest Eid congregations was held at Solakia Eidgah Maidan of Kishoreganj district town on Sunday.

Maulana Mohammad Hifjur Rahman was Imam at the 195th Eid congregation. Over one lakh people attended the congregation and the prayer.

The Bangladesh Railway introduced special trains on Bhairab-Kishoreganj and Mymensingh-Kishoreganj routes to carry the devotees to and from Kishoreganj.

After the congregation, special munajat was offered seeking blessings for the Muslim Ummah and Bangladesh, Bangabandhu Sheikh Mujibur Rahman, and the departed souls of the freedom fighters and recovery from Covid pandemic.