Digital devices to be a key export earner for B’desh in future: PM Sheikh Hasina 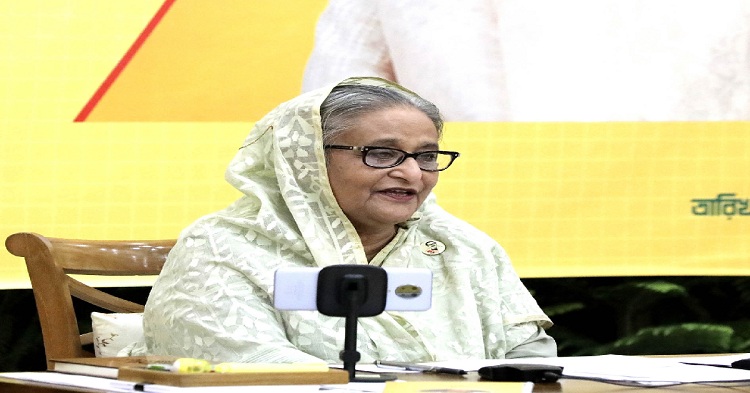 Prime Minister Sheikh Hasina on Wednesday said the government is working to make digital devices a major source of export earnings for the country in future.

“I think digital devices can be the most exportable items in the future. We’ll have to take different steps and work accordingly,” she said while addressing the 2nd meeting of the Board of Governors of Bangladesh Hi-Tech Park Authority.

The premier joined the meeting, held at the Conference Room of ICT Division, through a videoconference from her official residence Ganabhaban.

She said the government wants digital devices with the tag of ‘Made in Bangladesh’ to be exported throughout the world like the garment products.

She said the meeting of Digital Bangladesh Taskforce held in 2015 had given importance on production of digital products in a bid to diversify the export items, reducing the country’s dependency on the single export item.

Hasina said her government has given the highest importance to  education and expansion of the latest technology in order to take the country forward.

“We’ve taken the decision of setting up hi-tech parks for the development of the digital economy,” she said, adding that the decision was taken as per suggestion of Sajeeb Wazed Joy, her ICT affairs adviser.

She said the government is working to raise the export earnings from the ICT sector to US$5 billion and the employment to 30 lakhs in this sector by 2025, developing the skilled human resources through training. “I hope that we’ll be able to do so (to fulfill the two targets),” she said.

To fulfill the targets, the government is establishing ICT infrastructure and developing skilled manpower alongside creating scope to flourish the hidden talents of the young generation, said the PM.

Some 92 hi-tech parks, software technology parks, and IT Training and Incubation Centres are being set up across the country.  Among these, the works of nine hi-tech parks have been completed, she said.

She also said 14 types of incentives including tax exemption and customs duty exemption are being provided to attract larger investment in the hi-tech parks.

Noting that Tk 570 crore has been invested in the hi-tech parks under private initiatives till 2021, she hoped that another Tk 8,000 crore would be invested  by 2025.

The prime minister asked the Bangladesh High-tech Park Authority to focus on building Bangladesh as a modern and technology- based developed country by 2041.

She stressed the need for research on science and technology to pursue the stride of Bangladesh towards becoming a developed country.

Mentioning that many developed countries are now facing difficulties to generate electricity she said Bangladesh has to take austerity measures in using power.

“We’re paying special attention so that we can reduce the use of energy and keep our economy rolling by limiting the use of electricity,” said Hasina.

Boris Johnson fights for political life amid resignations, pressure for him to quit