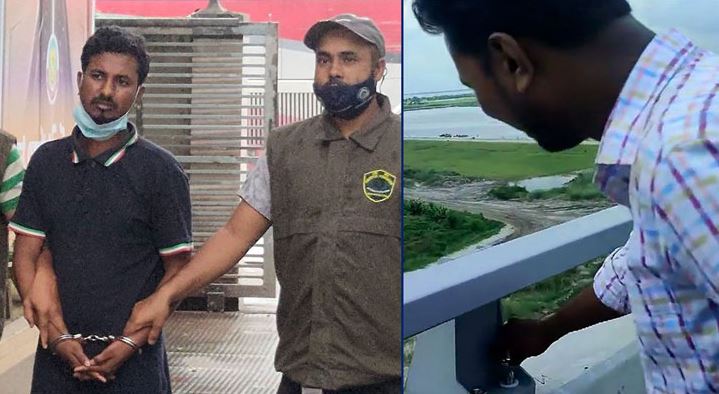 Another youth has been arrested over unscrewing nuts and bolts of newly-inaugurated Padma Bridge’s railing.

The arrested is Mahdi Hasan, 25, a resident of Tongibari upazila in Munshiganj district.

A team of Counter Terrorism Unit (CTTC) arrested the youth from Noakhali, said additional commissioner Asaduzzaman at a press conference held at the media center of DMP at Minto Road in Dhaka on Thursday.

Earlier, Criminal Investigation Department (CID) arrested Bayezid Talha from Dhaka’s Shantinagar on June 26, shortly after his TikTok video went viral where he was seen unscrewing the nuts and bolts from the railing of the bridge.

Later, a case was filed with Padma Bridge South Police Station against Bayezid and some others in this connection.