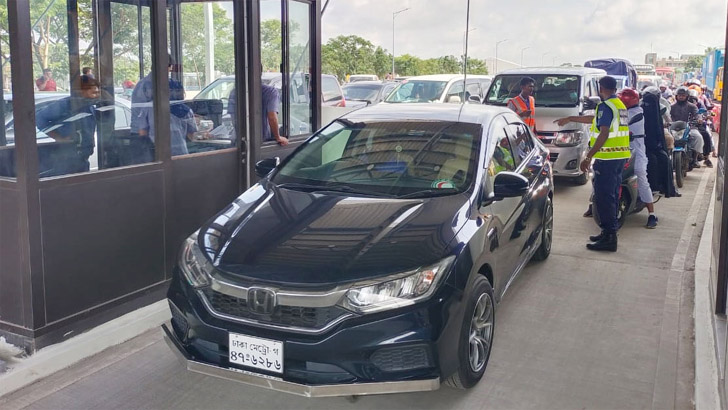 The Padma Bridge authority collected Tk 82.19 lakh toll within eight hours on Sunday after the bridge opened for vehicular movement.

The toll was collected from 6.00am to 2.00pm, said Abul Hossain, engineer of Bangladesh Bridge Authority.

He said 15,200 vehicles crossed the bridge from Mawa and Jazira points in the eight hours.

The Padma Bridge was opened for vehicular movement from 6am today.

Prime Minister Sheikh Hasina unveiled the plaque of the 6.15 kilometre Padma Bridge at 12 noon yesterday at Mawa end in Munsiganj at a colourful ceremony where thousands of distinguished guests, including foreign diplomats, were present.