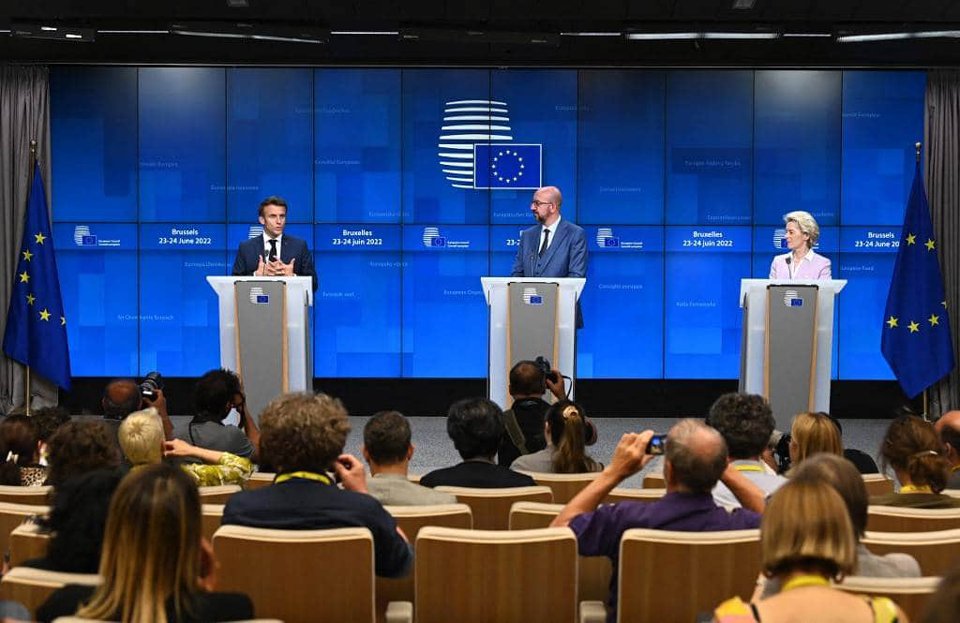 European Union leaders granted candidate status Thursday to Ukraine and Moldova in a strong show of support against Russia’s invasion, as the United States said it was sending Kyiv more high-precision rocket systems.

The West’s latest attempts to rally behind Ukraine came as Russia closed in on key cities in the country’s embattled east and prompted growing global concerns with restrictions in gas and grain exports, reports AFP.

Ukraine’s President Volodymyr Zelensky hailed the EU decision on his country and Moldova as “a unique and historic moment”, although the two former Soviet republics face a long path before joining the bloc and its benefits of free movement and a common market.

“Ukraine’s future is within the EU,” said Zelensky, who had been working the phones for weeks.

“We will win, rebuild, enter the EU and then will rest. Or probably we will not rest.”

French President Emmanuel Macron said that the decision by EU leaders sent a “very strong signal” to Russia that Europeans support the pro-Western aspirations of Ukraine.

President Vladimir Putin had declared Ukraine to be part of Moscow’s sphere and insisted he was acting due to attempts to bring the country into NATO, the Western alliance that comes with security guarantees.

European powers before the invasion had distanced themselves from US support for Ukraine’s NATO aspirations and EU membership is at least years away.

Ukraine and Moldova will have to go through protracted negotiations and the European Union has laid out steps that Kyiv must take even before that, including bolstering the rule of law and fighting corruption.