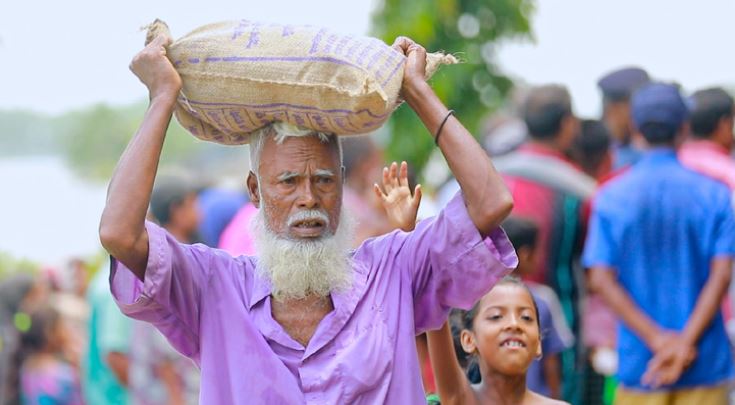 Despite the gradual improvement of the flood situation in Habiganj district, millions of people in seven upazilas are still living in waterlogged conditions. Over 20,000 people have taken refuge in 253 shelters in the entire district.

According to the government, 23,535 families are living in waterlogged conditions and the number of affected people is 60,320.

One municipality and five unions in Ajmiriganj, 12 in Nabiganj, 15 in Baniachang, eight in Lakhai, eight in Habiganj Sadar, five in Madhabpur and one in Bahubal upazilas have been affected by the flood.

The district administration has allocated Tk 10 lakh, 225 metric tonnes of rice and 2,000 packets of dry food for the flood victims. Besides, 30 medical teams are working in the field.

The Water Development Board said the water level in the Kushiyara river was 8.20 meters on Thursday. The river water is decreasing as it enters the locality and the flood situation is gradually improving.

12 flood-hit families to get new houses in Habiganj