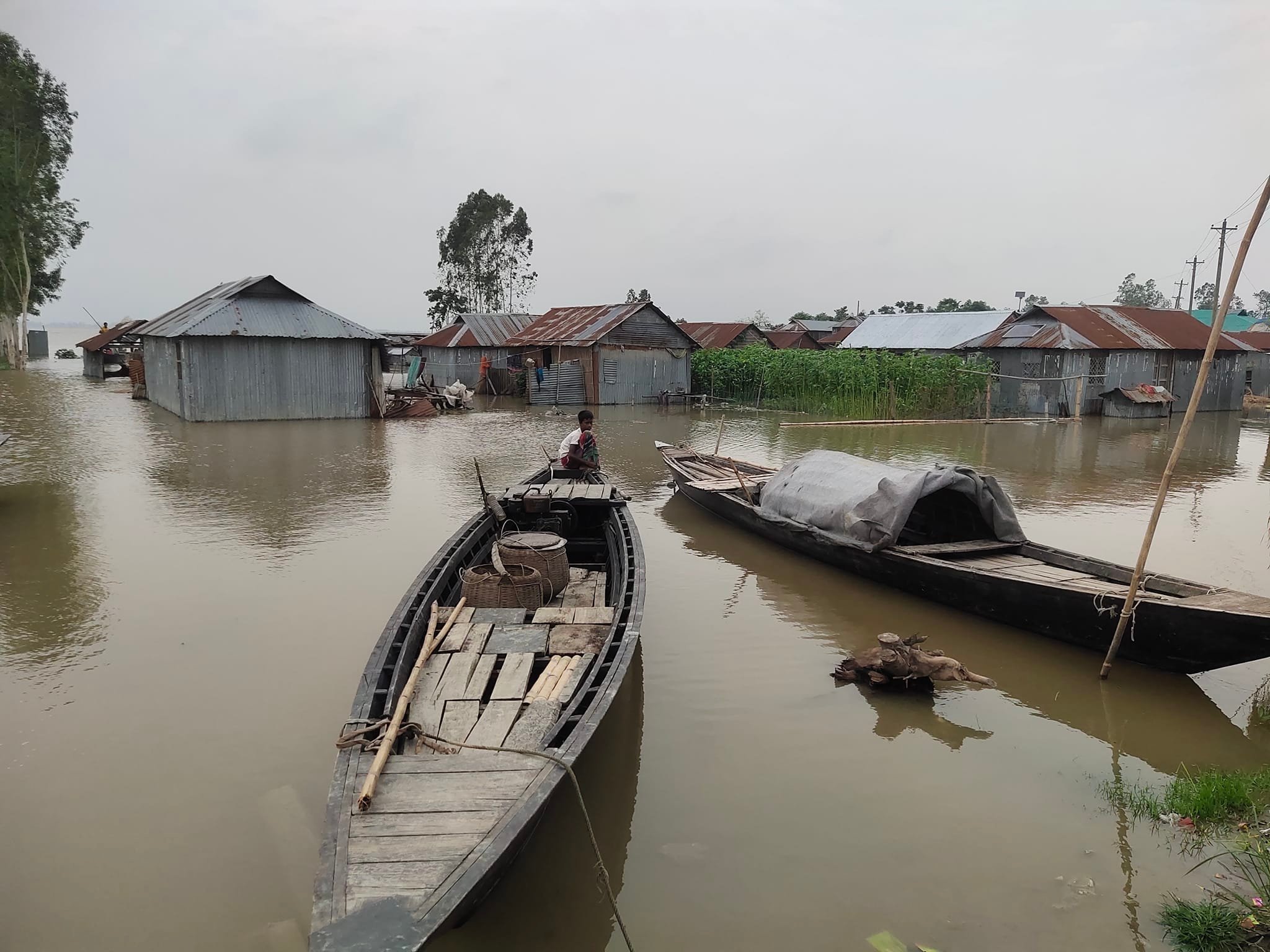 Flood situation deteriorated in Moulvibazar district in the last few days due to heavy rains and continuous rising of water level in the Manu and the Kushiyara rivers.

The water of Manu River has been flowing over the danger level since this noon.

Various parts of the Kulaura-Baralekha regional highway have been submerged in the flood waters. Power supply to most parts of Kulaura, Juri and Baralekha has been cut off. Flood-affected people are leaving their homes and going to safe centre.

Several residents of different areas including Sadipur, Mirshank, Gaurishankar and Kaleshar of Bhukshimil Union on the shores of Hakaluki Haor said they have been going to safe shelter since this morning due to rising water level.

According to the District Secondary and Primary Education Office, 116 primary schools and 45 secondary, higher secondary and madrasas in 7 upazilas of the district have been closed so far due to the floods.

Deputy Commissioner (DC) Mir Nahid Ahsan told BSS, 98 shelter centres have been opened in the flood-hit areas. So far, 15,000 people have taken shelter in the shelter centres. A total of 210 tonnes of rice has been allocated.

Besides, 2,000 packets of dry food have been sent to the flood-hit areas. Upazila executive officers are distributing the dry food.

A control room has been set up for flood situation.

Youth dies from snakebite in Moulvibazar

Teenage girl ‘kills self’ in Moulvibazar