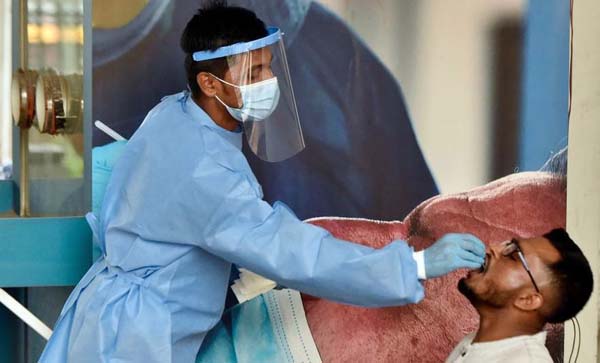 Bangladesh registered one Covid-linked death with 873 fresh cases in 24 hours till Monday morning.

This is the first Covid-linked death in the current month. The previous death was recorded on May 30.

The daily-case positivity rate jumped to 10.87 per cent from Sunday’s 7.38 per cent as 8,028 samples were tested during the period .

The country’s total caseload  rose to 1,957,200 while the total fatalities reached 29, 132 with the new numbers , according to the Directorate General of Health Services (DGHS).

The country on Sunday saw 596 cases with zero death.

The mortality rate remained unchanged at 1.49 per cent. The recovery rates declined to 97.38 per cent from Sunday’s 97.42 per cent as 92 patients recovered during this period.

In May, the country reported only four Covid-linked deaths and 816 new cases, while 7,356 patients recovered from the disease, according to the DGHS.