Communication disrupted in 4 upazilas of Sunamganj for flash flood 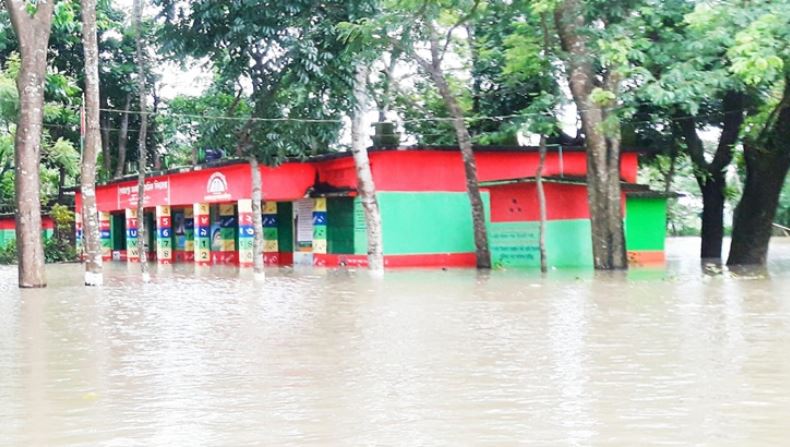 Roads, houses and different organisations in those upazilas are went under water. Thousands of people of 19 unions of the four upazilas have been marooned due to rise in the Surma river water above the danger levels after onrush of water from upstream and torrential rains for the last few days.

According to the latest data, the Surma river water was flowing 44cm above the danger level on Thursday morning.

More than 200 families took shelter at different centres of Chhatak.

Large areas of the upazila have been inundated by the second phase of floods in a span of about a month.

Deputy commissioner Jahangir Hossain said all kinds of measures have already been taken to face flood. He also directed all the upazila nirbahi officers (UNOs) in the district to remain vigilant.