Massacre at Texas school: Protest against gun violence in US 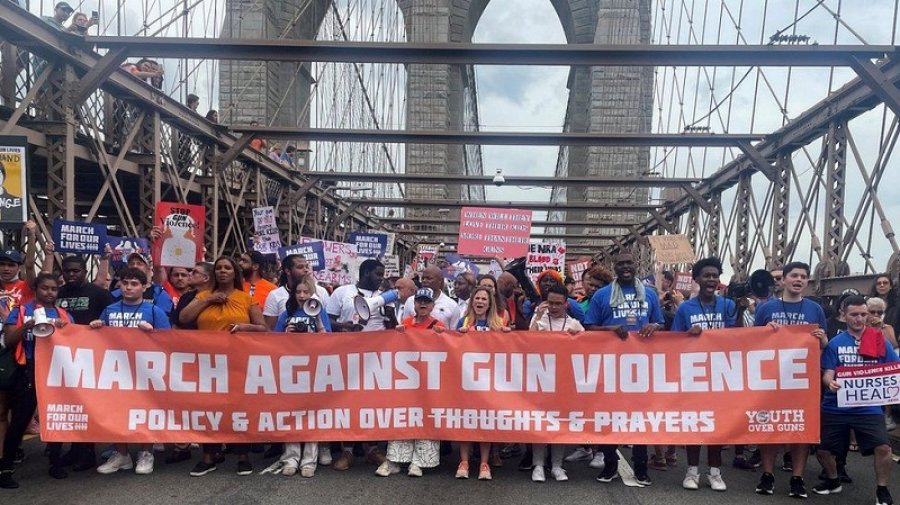 Hundreds of demonstrators were rallying in Washington, DC, and across the United States on Saturday, calling on lawmakers to pass legislation aimed at curbing gun violence following last month’s massacre at a Texas elementary school.

March for Our Lives (MFOL), the gun safety group founded by student survivors of the 2018 massacre at a Parkland, Florida, high school, said it has planned more than 450 rallies for Saturday, including in New York, Los Angeles and Chicago.

In Washington, hundreds of people steadily arrived at the National Mall near the Washington Monument under light rain, reports Reuters.

The organization’s 2018 march on Washington, weeks after 17 people were killed at Marjory Stoneman Douglas High School in Parkland, brought hundreds of thousands of people to the nation’s capital to pressure Congress to take legislative action, though Republican opposition has prevented any new limits on guns from passing the US Senate.

“Today, young people around the country once again march with @AMarch4OurLives to call on Congress to pass commonsense gun safety legislation supported by the majority of Americans and gun owners,” Biden said in a Twitter post. “I join them by repeating my call to Congress: do something.”

Courtney Haggerty, a 41-year-old research librarian from Lawrenceville, New Jersey, traveled to Washington for the rally with her 10-year-old daughter, Cate, and 7-year-old son, Graeme, to demand congressional action.

Haggerty said the December 2012 school shooting at Sandy Hook Elementary School in Newtown, Connecticut, in which a gunman killed 26 people, mostly six- and seven-year-olds, came one day after her daughter’s first birthday.