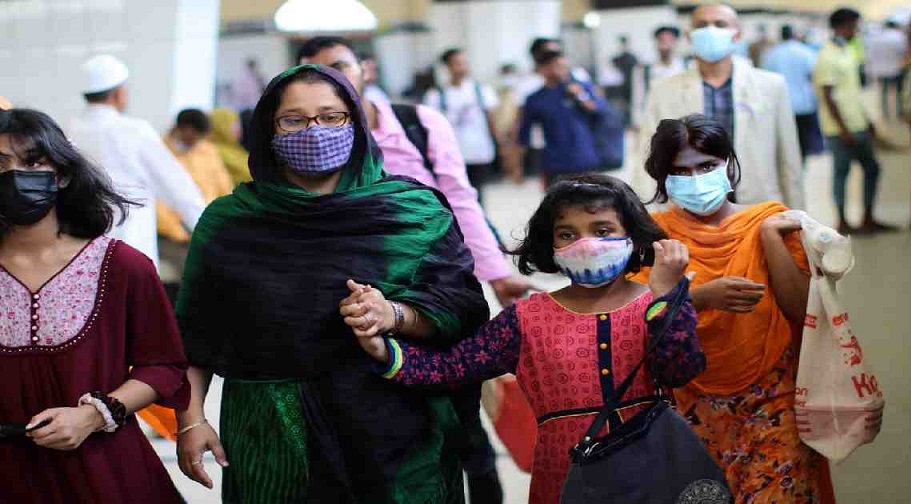 In increasing incidence of the virus Bangladesh registered 109 new Covid cases in 24 hours till Sunday morning taking the country’s total caseload to 1,954,115.

The country’s total fatalities, however, remained unchanged at 29,131 as no death was reported during the period, according to the Directorate General of Health Services (DGHS).

The daily test positivity rate increased to 2.06 per cent from Saturday’s 1.14 per cent as 5,330 samples were tested during this time.

The country on Saturday saw 71 cases with zero death.

The mortality rate remained unchanged at 1.49 per cent. The recovery rate also remained static at 97.50 per cent as 91 patients recovered during this period.

In May, the country reported only four Covid-linked deaths and 816 new cases, while 7,356 patients recovered from the disease, according to the DGHS.

On January 28, Bangladesh logged its previous highest positivity rate of 33.37 per cent.