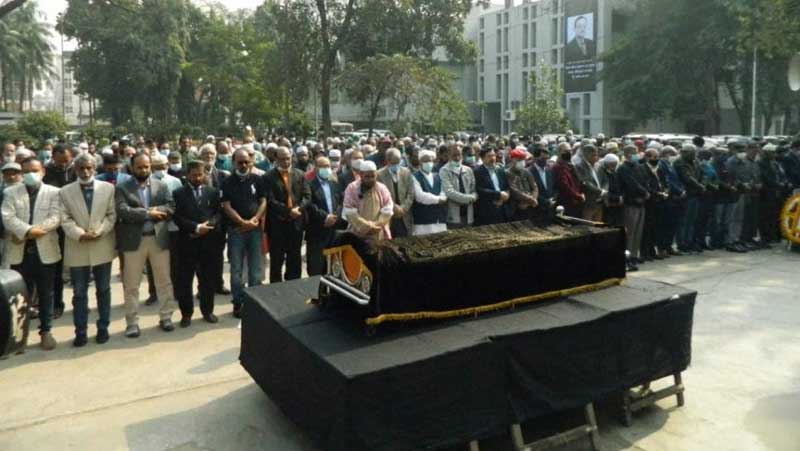 The first namaz-e-janaza for journalist Reazuddin Ahmed, Editor of the Financial Herald, was held at Jatiya Press Club in the capital on Sunday.

Journalist leaders from different organisations and some political leaders  took part in the funeral prayers that held around 11am.

His second janaza will be held at his Narsingdi village home. After that, Reazuddin Ahmed will be laid to eternal rest at Banani graveyard in Dhaka.

The 77-year-old veteran journalist breathed his last around 1:30pm on Saturday at the intensive care unit (ICU) of United Hospital in Dhaka.

He was suffering from COVID-19.

He was survived by his wife, a son, a daughter and a host of relatives and admirers to mourn his death.

Reazuddin Ahmed, former editor of The Financial Express and News Today, will be laid to rest at Banani graveyard in the capital after Zuhr prayer.

He received the Ekushey Padak in 1993 for his contribution to journalism. He was elected as Jatiya Press Club president for four times.