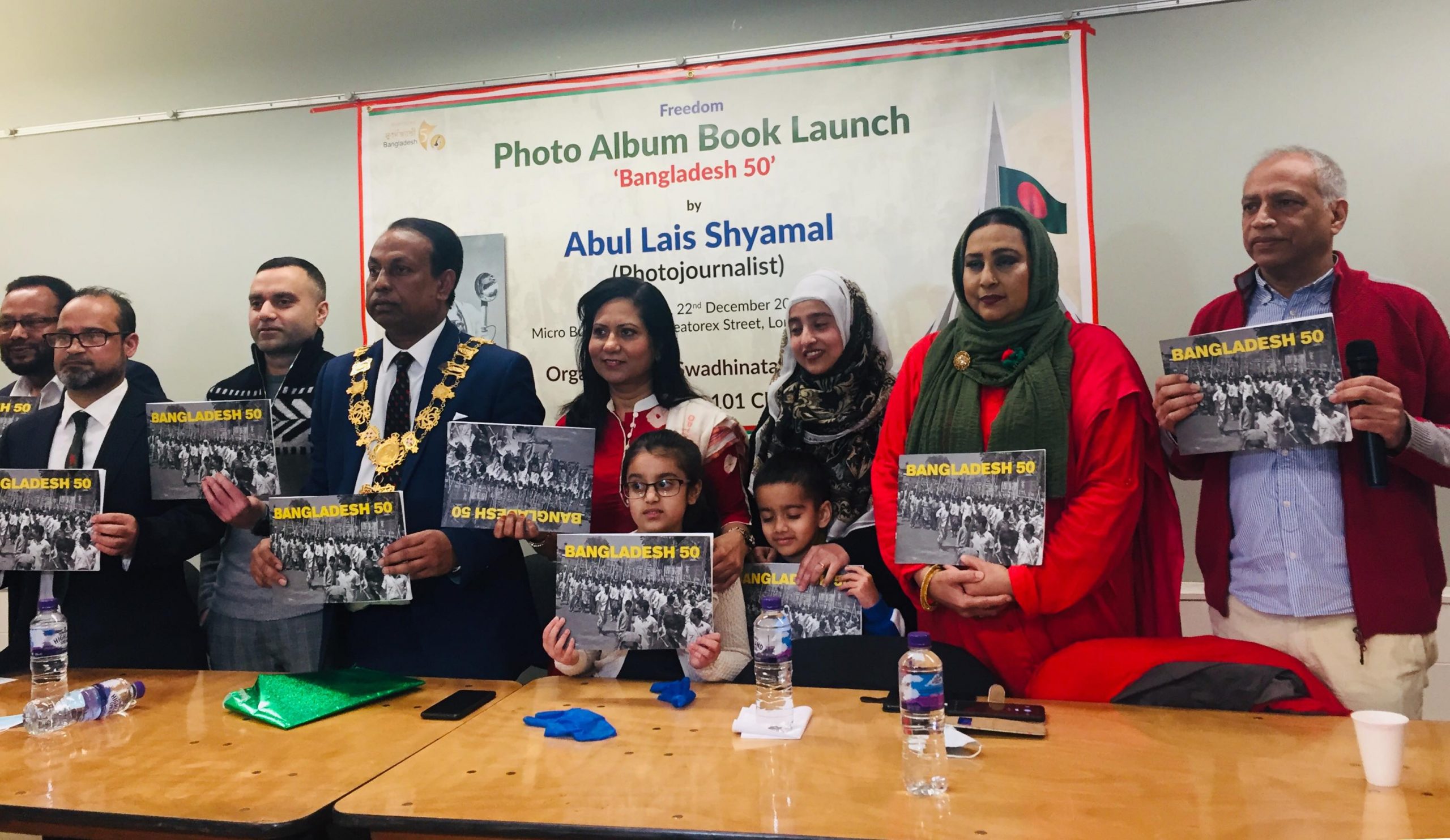 Muhammed Shahed Rahman : On the occasion of the 50th anniversary of the Victory of Bangladesh and the birth centenary of Bangabandhu Sheikh Mujibur Rahman, the unveiling of photographer Abul Lais Shyamal’s “Bangladesh 50” album was held on 22 December in a community venue in East London organised by the London based Swadhinata Trust.

The photo album “Bangladesh 50” published with photographs taken from 1969 to 1972, was highly appreciated by the guests and the participants.

Abul Sayem, son of photojournalist Abul Lais Shyamal, gave the vote of thanks on the occasion. Earlier, he showed a video message from his father sent from America. Abul Lais Shyamal dedicated his book to all freedom fighters and martyrs in that message. At the end, the guests were treated to refreshments from Sonargaon, the event’s sponsor.

During 1971 he took many pictures of the War of Liberation from March to December 1971. Those rare pictures have been included in the book and are now witnesses of history.

Shahreen Selim gets MBE and Mohammad Afroz gets BEM