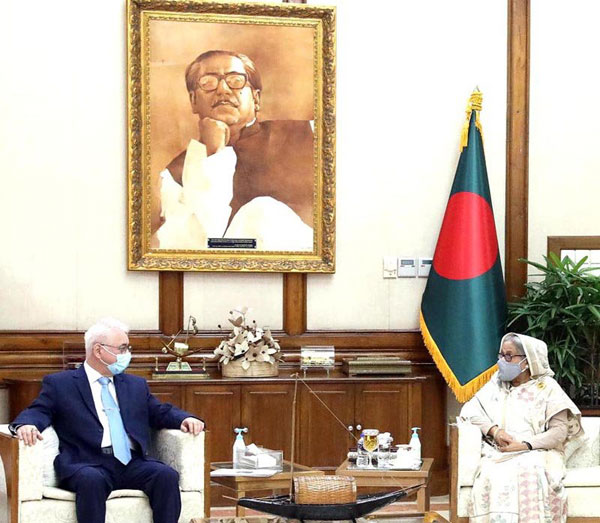 He said both of them stressed the expansion of areas of cooperation in various sectors alongside agreeing to explore the possibilities in the
<span;>agriculture sector.

Profoundly recalling the support of the then Soviet Union during the Bangladesh’s War of Liberation, she said, “The country has supported us strongly at our struggling time (during the War of Liberation). So they are in a special place of our heart.”

Sheikh Hasina mentioned that many Bangladeshi students had studied in Russia, especially in medical science.