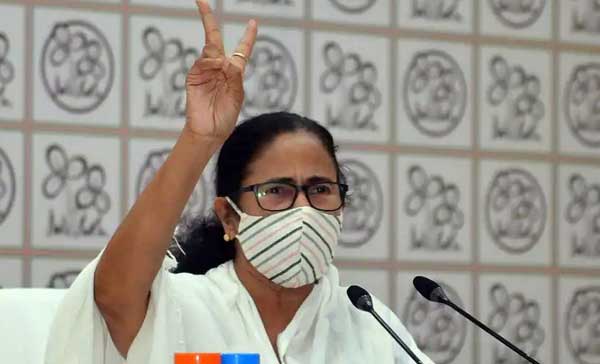 “I have won the Bhabanipur Assembly by-polls with a record margin of 58,832 votes and have registered the victory in every ward of the constituency,” Mamata said while addressing a press conference in Kolkata.

She further said that around 46% of people in Bhabanipur are non-Bengalis. “They all have voted for me. People of West Bengal are watching Bhabanipur, which has inspired me,” Mamata said.

The chief minister also targeted the Centre, saying it hatched conspiracies to remove the TMC from power. “I was hurt in my feet so that I don’t contest the polls. I am grateful to the public for voting for us and to ECI for conducting polls within six months,” she added.

Mamata thundered that people of Bhabanipur in south Kolkata gave a befitting reply to the conspiracy that was hatched in Nandigram, where she lost the election to BJP’s Suvendu Adhikari earlier this year. “It is a victory against the conspiracy that was hatched to defeat me from Nandigram. I thank the people of Bhabanipur for giving me such a huge mandate.”

The Trinamool Congress is also leading in the other two seats of Murshidabad district.

The Trinamool Congress (TMC) was also leading at Shamserganj and Jangipur in Murshidabad district.  The TMC candidates are ahead by 33,612 and 7,691 votes in Jangipur and Shamserganj respectively.

With this win, Mamata would continue to remain the chief minister of the state.

When Mamata lost her Nandigram seat to Adhikari, the Bhabanipur assembly seat was vacated by the West Bengal Agriculture Minister Sobhandeb Chattopadhyay in May, paving the way for the chief minister to contest the by-poll.

The win was crucial for her to continue as the Chief Minister following her defeat at Nandigram.

Municipal mayors, councilors not to hold posts more than 5 yrs