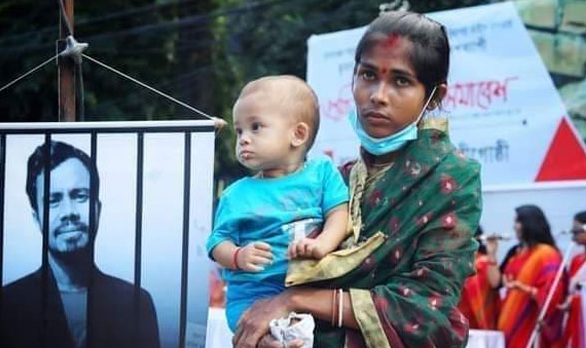 The High Court on Tuesday fixed Thursday for passing an order on the bail petition of Jhuman Das in a case filed under the Digital Security Act (DSA).

A HC bench of Justice Mustafa Zaman Islam and Justice KM Zahid Sarwar fixed the date after hearing on the petition.

Jhuman Das, who hails from Noagaon under Shalla upazila in Sunamganj district, was arrested in a case filed under DSA for posting defamatory remarks criticising Hefazat leader Mamunul Huque on his Facebook page on March 16 last. In his status, he brought the allegation of spoiling communal harmony. However, Mamunul’s followers started publicising it as a criticism of Islam in the area. It led to widespread tension in the area and villagers of Noagaon handed over Jhuman to police at night on March 16.

Later, a case was filed with Shalla Police Station in Sunamganj district.

On March 17, several thousands of people carried out attacks on the houses of minorities of Noagaon village in Shalla upazila over Jhuman Das’ Facebook post. The attackers damaged and vandalised some 90 houses and temple of Hindu village at Haorpar including the house of Jhuman Das.

On March 16, police detained Jhumon Das and police produced him before a court showing him arrested in a case filed under section 54 of the Criminal Procedure Code the next day. Then the court sent him to jail.

On March 22, police filed a case under DSA with Shalla Police Station and Jhumon was shown arrested in the case on March 23.

On March 30, he was taken on a two-day remand in the case.

On July 18, a magistrate court rejected the bail petition of Jhuman.

Later, Jhuman filed a petition with the High Court seeking bail in the case.