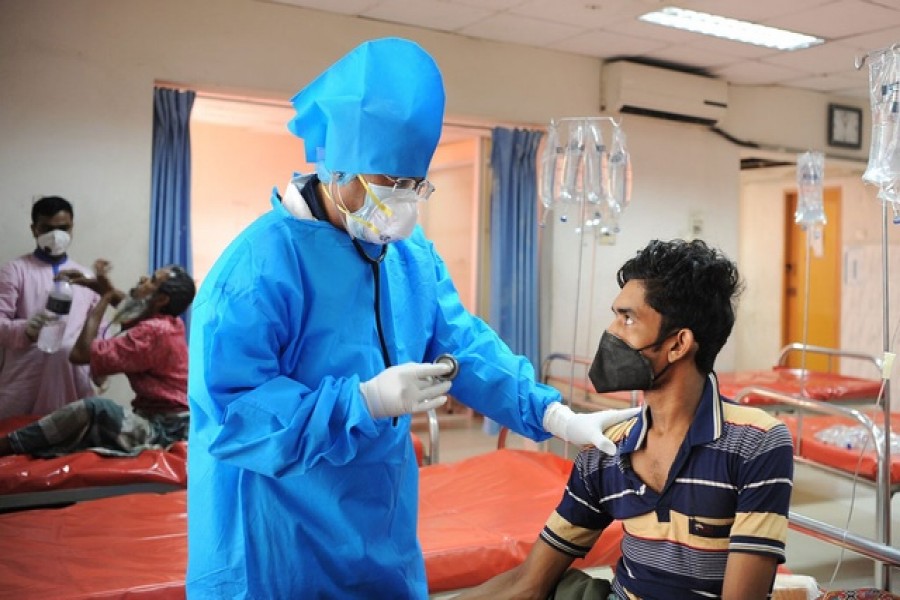 The number of detected novel coronavirus cases in Bangladesh, according to the government, on Friday rose to 1,540,110 as 1,907 more cases were reported, after testing 29,756 samples, including rapid antigen tests, in the last 24 hours.

During that time 38 more Covid-19 patients died, raising the total deaths in the country to 27,147, said a press release of the Directorate General of Health Services (DGHS) on Friday.

The health directorate today said a total of 2,919 people recovered from the highly infectious disease in the last 24 hours, taking the number of the total recovery to 1,497,009.

The overall rate of people recovered as of today stands at 97.2 per cent while the rate of death is 1.76 per cent, it added.

Among the Covid-19 patients who died in that time, 17 were in Dhaka division, seven in Chattogram, eight in Khulna division, three in Sylhet division, 2 in Rangpur division and 1 in Mymensingh division.

Bangladesh detected its first coronavirus patient on 8 March last year and recorded its first death of the disease on 18 March that year.