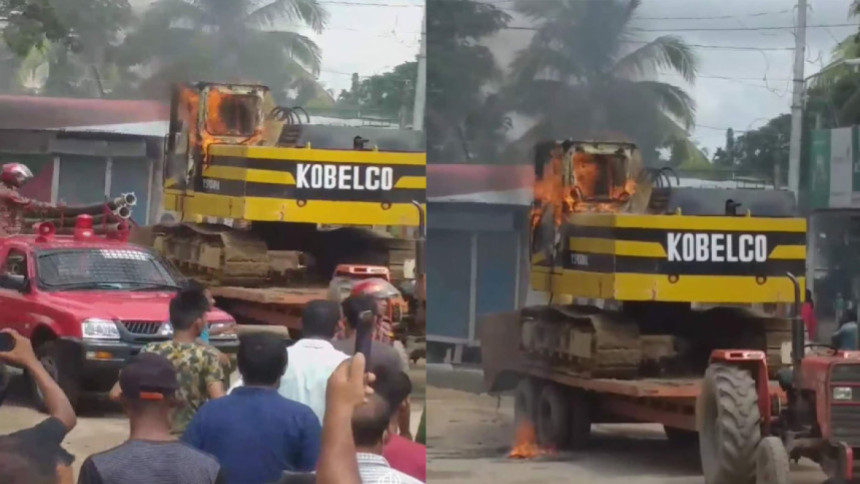 Moulvibazar Correspondent : Miscreants today set fire to an excavator while it was evicting illegal occupiers from Bangladesh Railway’s land at Bhanugachha Road in Sreemangal, Moulvibazar.

“Upon receiving the news, a team of fire service went to the spot and extinguished the fire. It was not immediately clear who started the fire,” Sreemangal Fire Service and Civil Defence In-charge Mizanur Rahman told today.

Witnesses said the excavator was brought to evict various illegal establishments on the railway land along Bhanugachha Road. When it reached the Railgate point, miscreants set the excavator on fire and fled.

“While the eviction was going on, some traders in the occupied area obstructed the operation with a court order,” said Atiqul Islam, assistant estate officer, Eastern Zone of Bangladesh Railway.

“There is a dispute over 147 acres out of 287 acres of railway land and a case is going on regarding the matter. The plaintiff has been asked to come with his documents on Tuesday.

The next decision will be taken after verifying the documents,” said Nazrul Islam, Sreemangal upazila nirbahi officer.