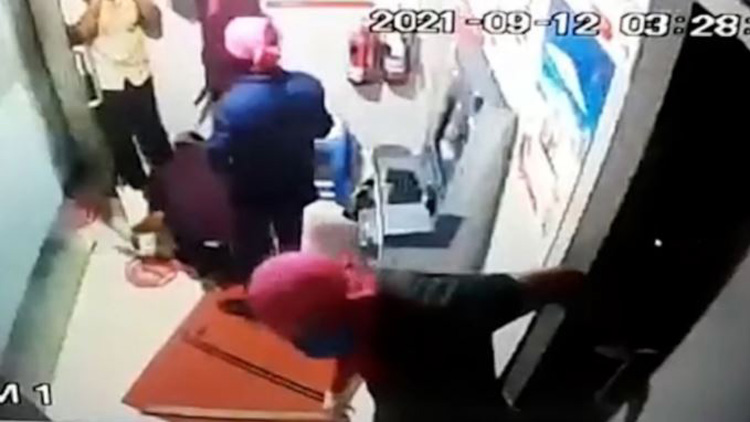 At least four people have been found involved in the robbery of a booth of United Commercial Bank Ltd (UCBL) at Osmaninagar in Sylhet, according to police.

The matter was learned after monitoring the closed circuit camera (CC) footage of the booth, but no of them have yet been arrested so far.

However, a team comprising senior police officials and Detective Branch (DB) of police has been formed to nab the four robbers as soon as possible, said Sylhet District Additional Superintendent of Police (ASP) Lutfur Rahman.

A robbery was made at UCBL ATM booth at Notun Bazar area of Sherpur in Osmaninagar of Sylhet on Sunday (September 12) night, looting Tk 24 lakh after holding a security guard hostage at gunpoint.

Syed Ashraful Amin, Sherpur UCBL branch manager, filed a case in this connection with Osmaninagar Police Station in the night.

Osmaninagar Police Station Officer-in-Charge (OC) Shyamal Bonik told on Monday (September 13) afternoon that they had visited the spot more than once. They are trying to catch the robbers through verifying the CC camera footage.

Universities to reopen after Sept 27