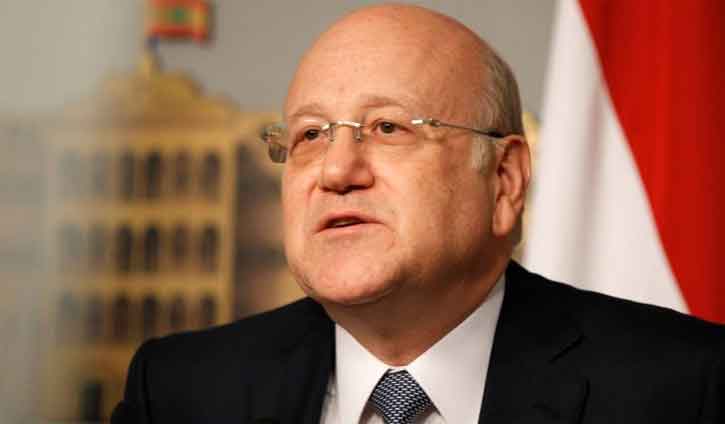 Lebanon Prime Minister Najib Mikati and President Michel Aoun have signed a decree forming a new government in the presence of Parliament Speaker Nabih Berri, the Lebanese presidency said in a statement.

Lebanon had been without a government for more than a year as it descended further into an economic meltdown, reports Aljazeera.

“The situation is very difficult. But it’s not impossible if we united as Lebanese. We have to put our hands together,” Mikati told the press on Friday. “We are all going to work together, united with hope and determination.”

The new prime minister made the remarks at a news conference at the presidential Baabda Palace after a meeting with Aoun to sign the government formation decree, with Berri also present.

Before meeting the president, Berri arrived at the presidential palace waving a paper to the press with what was the finalised list of ministers.

Like the country’s previous government, the lineup consists of newcomers, including Finance Minister Yousef Khalil, a senior Central Bank official, and Health Minister Firas Abiad of the government-run Rafic Hariri University Hospital, who came to prominence during the COVID-19 pandemic.