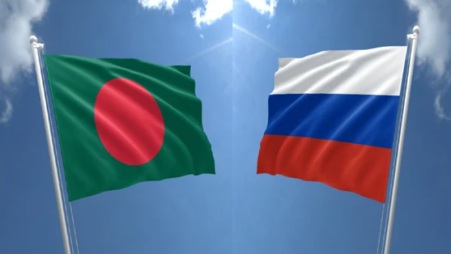 He made the call when Russian ambassador in Dhaka Aleksandr Mantytsky met the minister at the latter’s office in Dhaka.

The Industries Minister told the Russian envoy that there is huge demand for fertilizer in Bangladesh as it is mainly an agriculture-driven country.

Besides, the trade relations between the two countries can be strengthened further through joint investments in cement, light engineering, leather, ceramic, pharmaceuticals, paper, chemical and shipbuilding sectors, he said.

In the meeting, they discussed the bilateral investment protection agreement proposed by Russia. The two sides agreed over signing the deal following negotiations.

The minister asked the ambassador for quick signing of a proposed Memorandum of Understanding (MoU) between Bangladesh Standard and Testing Institution (BSTI) and Russian Federal Agency on Technology Regulation and Metrology.

Nurul Majid said Bangladesh has already placed the draft MoU before Russia through diplomatic channels and if needed, the draft deal could be revised.

In reply, the Russian ambassador assured of taking necessary measures in this regard.

The both sides agreed to discuss the issues related to Bangladesh-Russia Intergovernmental Commission on Trade, Economic, Scientific and Technical Cooperation in the next meeting.

HC orders to include Bangabandhu’s March 7 speech in textbooks