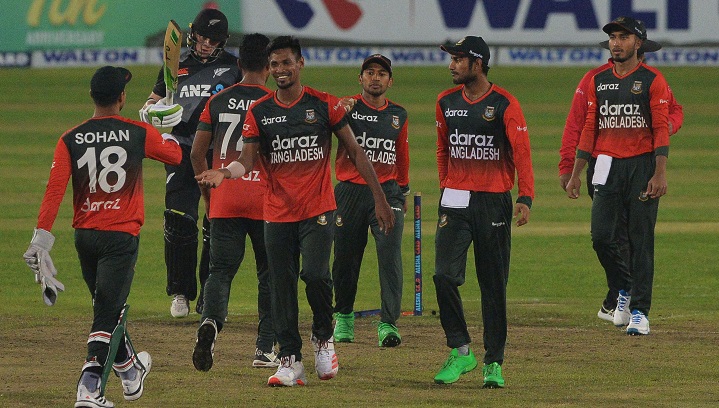 Bangladesh took a lead by 2-0 in the five-match series after winning the 2nd T20I by four runs against New Zealand held at the Sher-e-Bangla National Stadium in Dhaka on Friday.

Shakib Al Hasan and Mahedi Hasan took two wickets each while Nasum Ahmed picked one for the Tigers.

Opener Mohammad Naim scored 39 and put on 59 for the first wicket with Liton Das (33) to lay the foundation for Bangladesh’s 141 for six off 20 overs. Skipper Mahmudullah Riyad remained unbeaten on 37 at the end.

New Zealand captain Tom Latham hit an unbeaten 67 but his blitz in the final overs only got his side to 137 for five.