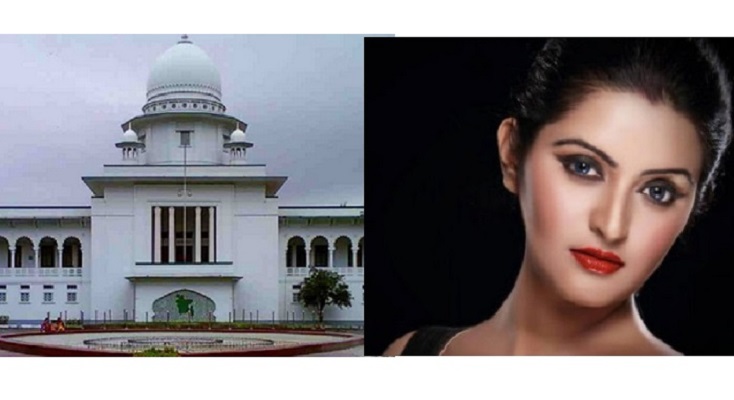 The High Court has show-caused two metropolitan magistrates of Dhaka for putting film actress Pori Moni on remand for the second and third times in a narcotics case.

Two magistrates will have to submit replies to the HC notice within 10 days substantiating the grounds for the second and third remand of the actress.

The HC also asked the investigation officer (IO) of the case to appear before it on September 15. The IO will have to submit relevant case documents and materials which prompted him to seek Pori Moni’s remand on the second and third occasion.

The HC cautioned that the two magistrates will have to appear in person if their written replies are not satisfactory.

Just a day ago, the High Court observed that the Dhaka metropolitan magistrate placed film actress Pori Moni on remand thrice through abuse of power.

During hearing, presiding judge Mustafa Zaman Islam said “The magistrate has abused power by placing Pori Moni on remand for third times. What materials prompted the investigation officer to seek remand? The incident is not acceptable in any civilised society.”

Appearing for Pori Moni, advocate Mujibur Rahman said the magistrate did not follow the guidelines of the Supreme Court in placing the actress on remand.

Senior lawyer ZI Khan Panna, a counsel for the actress, pointed out delay in disposing off the bail petition by the magistrate court.

The apex court also expressed willingness to issue some guidelines for the lower courts specifying the time limit of settling bail petitions filed by the accused as the magistrate court prolonged Pori Moni’s bail hearing.

Cllr Parvez Ahmed awarded Freedom of the City of London

Lebanon’s past echoes its grim present in exhibition

ADB to devote $14 billion to help ease food crisis in…

Tigers eager to win series against UAE with dominance