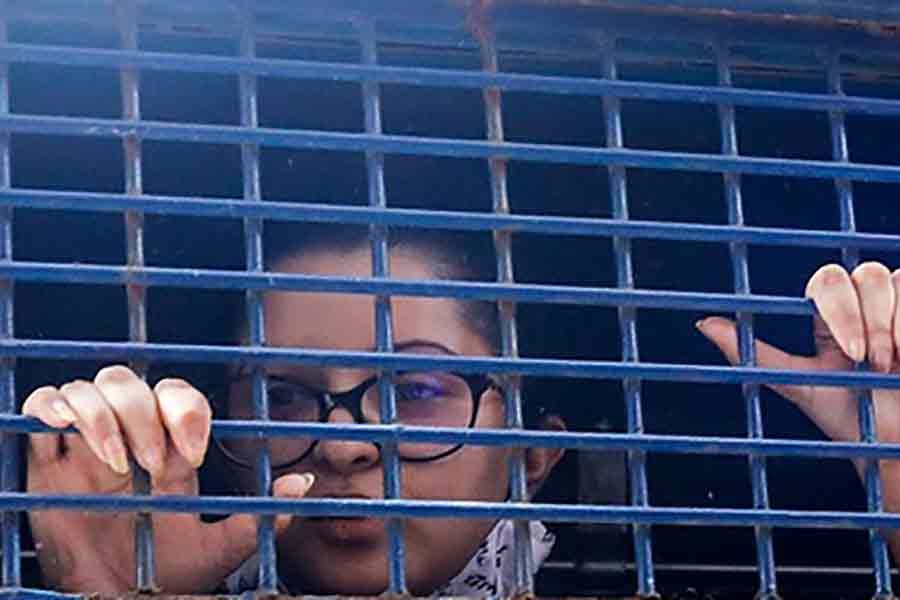 A Dhaka court has sent actress Pori Moni back to jail after a third spell of questioning in custody in a case carrying drug-related charges.

Dhaka Metropolitan Magistrate Ashik Imam passed the order on Saturday in response to the investigating officer’s plea to detain her in jail on Saturday, reports bdnews24.com.

Pori Moni was kept in the custody of the Chief Metropolitan Magistrate’s Court after arriving in court at the end of a one-day remand.

However, Pori Moni’s lawyer Md Mojibur Rahman said they would not petition for bail on her behalf. But the actress appeared to be visibly aggrieved by her legal team’s stance and vented her frustrations at them during the hearing. “You should apply for bail,” she pleaded. “Don’t you understand how much I’m suffering?”

The Rapid Action Batallion conducted a raid on Pori Moni’s home in Banani on Aug 4. The elite police unit later detained her allegedly with bottles of liquor, Yaba pills and LSD blots.

The actress has already been remanded twice in the case by the CID. She had been denied bail at the end of her second remand term and was ordered to jail by the court.

Pori Moni’s lawyer Mojibur had again applied for bail on Aug 16 but the court rejected the petition on Aug 18.

The investigating subsequently sought a fresh 5-day remand for the actress but a bail hearing did not take place that day.

Lawyer Mojibur said a fresh bail application would be filed at the same time if a remand hearing was decided on Thursday (August 19) in the presence of Dhaka Metropolitan Magistrate Debabrata Biswas.