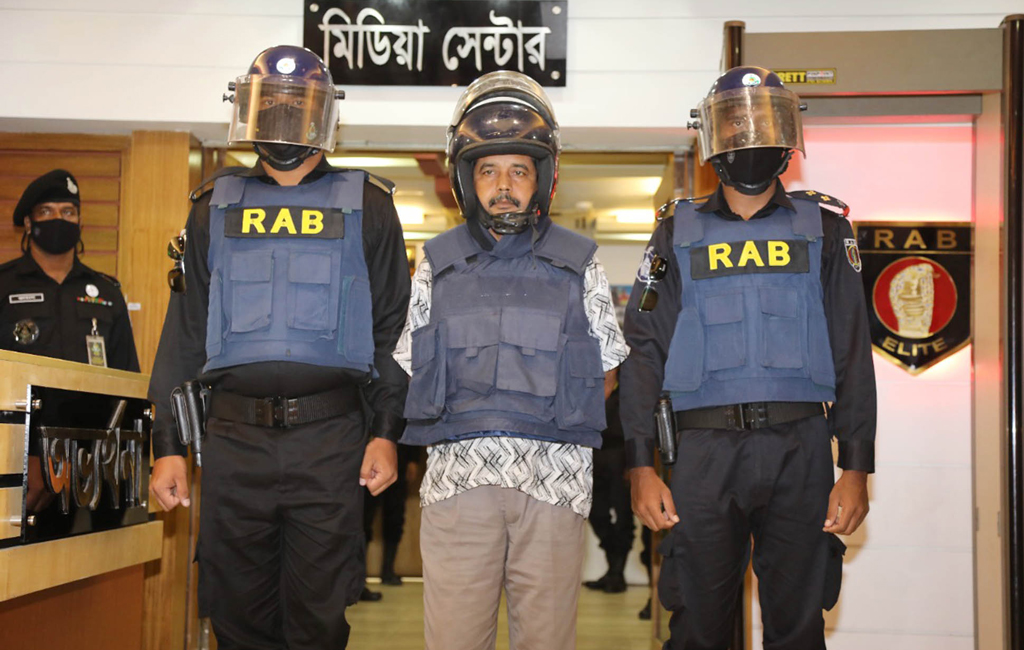 The Rapid Action Battalion (RAB) has arrested a death row convict in the murder case of Kazi Aref Ahmed, one of the organizers in the 1971 Liberation War and a leader Jatiya Samajtantrik Dal (JSD).

Rawshan alias Uday Mondal, who had been on the run for 22 years, was arrested during a raid in Rajshahi on Thursday, according to media reports.

RAB Legal and Media wing Assistant Director ANM Imran Khan told reporters that Rawshan, who hails from Meherpur, lived in many districts assuming different identities during the years he has been on the run.

On February 16, 1999, Kazi Aref and four other JSD Kushtia unit leaders were killed in an attack after a rally in Daulatpur upazila’s Kalidaspur area.

In 2004, a Kushtia court awarded the death penalty to 10 people and life imprisonment to 12 others.

Three of the convicts — Safayat Hossain Habib, Anwar Hossain and Rasedul Islam Jhantu — were executed at Jessore Central Jail in 2016.

All three were top members of the outlawed Purbo Banglar Communist Party (PBCP-Laltu).

Some of the convicts are still on the run.